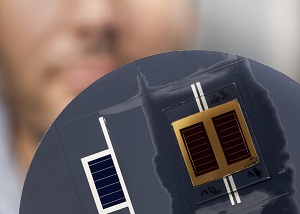 Another efficiency record has been achieved for photovoltaic (PV) technology, notably for dual-junction solar cells.

A U.S.-Swiss collaboration has resulted in tandem solar cells, composed of a gallium arsenide layer covering a crystalline silicon film, with record efficiencies of converting sunlight into electricity under one-sun illumination. An efficiency of 32.5 percent was documented with a gallium indium phosphide top cell, surpassing the previous record efficiency of 29.8 percent for a similar structure. Efficiencies approaching 36 percent were achieved when combining a gallium indium phosphide/gallium arsenide dual-junction cell with a silicon single-junction cell, just 2 percent below the triple-junction record.

Economics remains a barrier to the adoption of multi-junction cells, with the cost of the gallium indium phosphide cell estimated to cost $4.85/W and the gallium arsenide cell to cost $7.15/W at an assumed 30 percent efficiency. The researchers theorize that costs will decline to 66 cents/W and 85 cents/W for these cells, respectively, as cell efficiencies and manufacturing activities increase.

Scientists at the U.S. Department of Energy’s National Renewable Energy Laboratory, the Swiss Center for Electronics and Microtechnology (CSEM) and the École Polytechnique Fédérale de Lausanne participated in this research.