Researchers from the University of Hong Kong have developed a tiny drone inspired by the maple seed pod.

To increase the flight time of tiny — under 100 grams — drones, the team mimicked the helicopter-like design of the maple seed pod, which when falling from a tree, spins like a helicopter rotor without an engine and increases its distance from the tree as it blows away.

As such, the team designed the new tiny drone to spin like the maple seed pod so as to keep aloft and fly for roughly twice as long as drones with a conventional four-rotor design. The researchers tested the drone and determined that it was capable of hovering in the air for as long as 24 minutes. 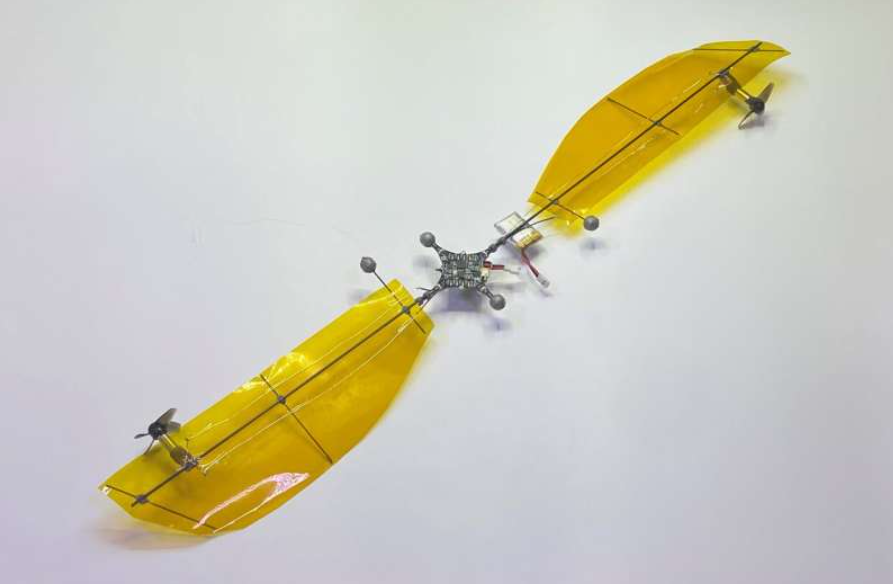 Like most traditional drones that feature spinning rotors to provide lift, the maple pod seed-inspired drone also features two tiny rotors at the drone’s wing tips to enable the drone to spin.

Additionally, the drone also features electronics and a battery at its core, resulting in a device that weighs just under 35 grams and spins at an estimated 200 rpm.

Likewise, the researchers claim that the drone can carry a small payload such as a camera, making it appropriate for mapping and surveillance applications.

The article, A bioinspired revolving-wing drone with passive attitude stability and efficient hovering flight, appears in the journal Science Robotics.

For more on the tiny drone, watch the accompanying video that appears courtesy of the University of Hong Kong.

By posting a comment you confirm that you have read and accept our Posting Rules and Terms of Use.
Re: Maple seed pod-inspired drone increases flight time
#1

Mythbusters increased the mileage of a Ford Taurus from 26 mpg to 29 mpg at 65 mph.