Battery systems and the need for their optimization 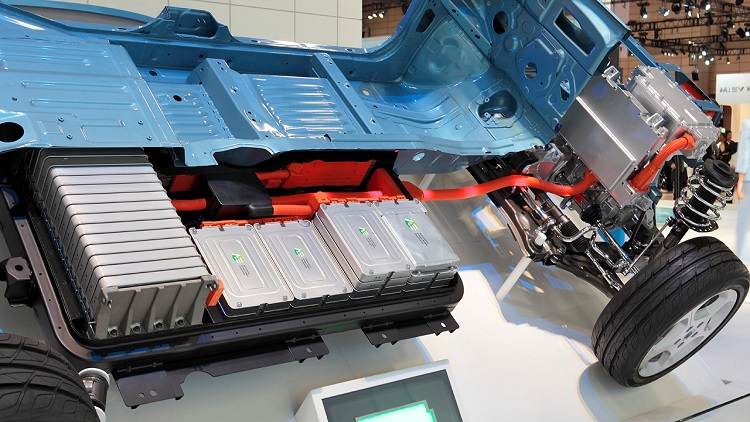 A battery is a type of electrical energy storage device that is capable of storing a significant quantity of energy for an extended period of time in the form of chemical energy. Whenever the battery is connected in a circuit, the chemical energy converts to electric energy owing to the movement of electrons caused by the chemical positioning. The battery is composed of three components: a negative electrode, a positive electrode and an electrolyte. The electrolyte contains a chemical that functions as a conductor of electrons between both the anode and cathode side.

Batteries are typically used in emergency, portable and low-power equipment. Portable equipment, such as a mobile laptop, is equipped with a battery that enables it to be used anyplace. In the absence of mains power, batteries supply emergency equipment such as an inverter, torch or similar device. Low-power devices, including watches and oximeters, can operate for an extended period of time once a battery is replaced. The following section summarizes the uses, composition and properties of the most frequently used battery systems.

Properties: This battery is simple to manufacture and inexpensive, is available in a range of sizes and offers excellent performance at high and low temperatures. The turn-around performance is also good with an open-circuit voltage of more than 2 V, which is the greatest of all aqueous electrolyte battery systems. Moreover, the lead-acid battery is simple to recycle and to identify state of charge.

The frequently used types of these batteries are N, F, C, D, AAA and AA batteries.

Properties: It exhibits high energy density, improved performance, intermittent and continuous operation, compatibility with low and high rates and is suitable for both ambient and low temperatures, with a longer shelf life relative to other battery technologies. These devices also offer excellent resistance to leaking and increased stability in dimensions.

Components: It commonly uses lithium hexafluorophosphate, graphite and lithium cobalt oxide as the electrolyte, anode and cathode, respectively. There are also four other types of electrolytes that are used in these batteries: gel, liquid, ceramic and polymer electrolytes.

Uses: These types of batteries have the greatest volumetric capacity and energy density when compared with other commercially accessible aqueous battery systems. Aquatic mines, torpedoes, underwater rescue vessels, swimmer assistance, deep submarines and other military applications are only a few of the uses.

The need for battery optimization

With developments in hardware and software, the demand for power supply has increased exponentially. Because of the energy-intensive characteristics of the hardware and software elements, usage of devices such as mobile phones is frequently constrained by the available battery power. Therefore, the client may be unable to utilize the device owing to a lack of battery power caused by inefficient battery performance and unintentional battery drains, pointing to a critical need for battery optimization.

The steps used for battery optimization can be classified into three basic groups: power modelling, power conservation and battery life prediction. The term "power modelling" refers to the process of determining and quantifying the amount of energy utilized by each component of a device. Power conservation focuses on maximizing the functionality/behavior of individual elements in order to preserve battery power. The last step, battery life prediction, is concerned with calculating how long the current battery energy will endure precisely and effectively.

[Discover more about battery technologies and manufacturers on GlobalSpec.com]

Battery systems are critical for portable, emergency and low-power devices, allowing these systems to be used anywhere at any time. Improved battery systems allow consumers to optimize their device usage in a more effective manner. Users may make educated decisions about whether to keep on using their device at present rate or adopt measures to conserve power for a future task based on the remaining battery power percentage.

By posting a comment you confirm that you have read and accept our Posting Rules and Terms of Use.
Advertisement
RELATED ARTICLES
Reversible Zinc Metal Anode for Aqueous Batteries
A Salty Solution for Safer Batteries
Paper-based battery designed to biodegrade
Watch: Screen-printing a powerful, flexible battery
New Discovery for the Development of a Rechargeable Magnesium-metal Battery
Advertisement