The James Webb Space Telescope has been fueled in preparation for its late December launch on an Ariane 5 rocket from The European Space Agency (ESA) Spaceport in French Guiana.

A joint project between NASA, ESA and the Canadian Space Agency, Webb will be the largest, most powerful telescope ever launched into space. The observatory will travel to an orbit about one million miles away from Earth and undergo six months of commissioning in space — unfolding its mirrors, sunshield and other smaller systems; cooling down; aligning; and calibrating. Astronomers worldwide will then be able to conduct scientific observations to broaden our understanding of the universe.

Access the ESA launch kit and accompany the James Webb Space Telescope on its mission. 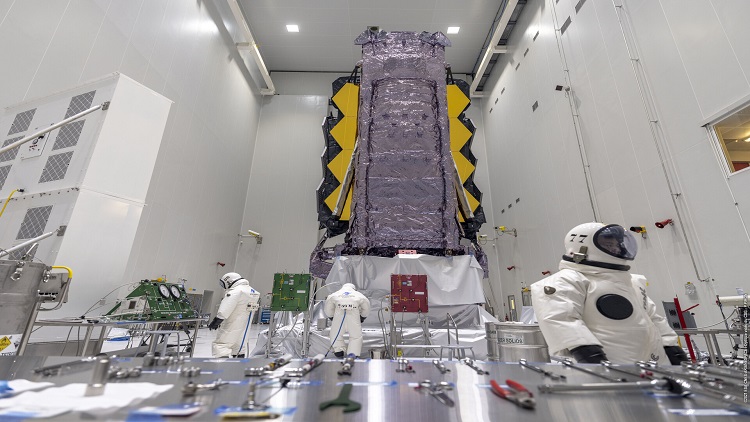