The U.S. Marine Corps now employs an underwater water robot for locating and neutralizing explosive hazards such as mines. 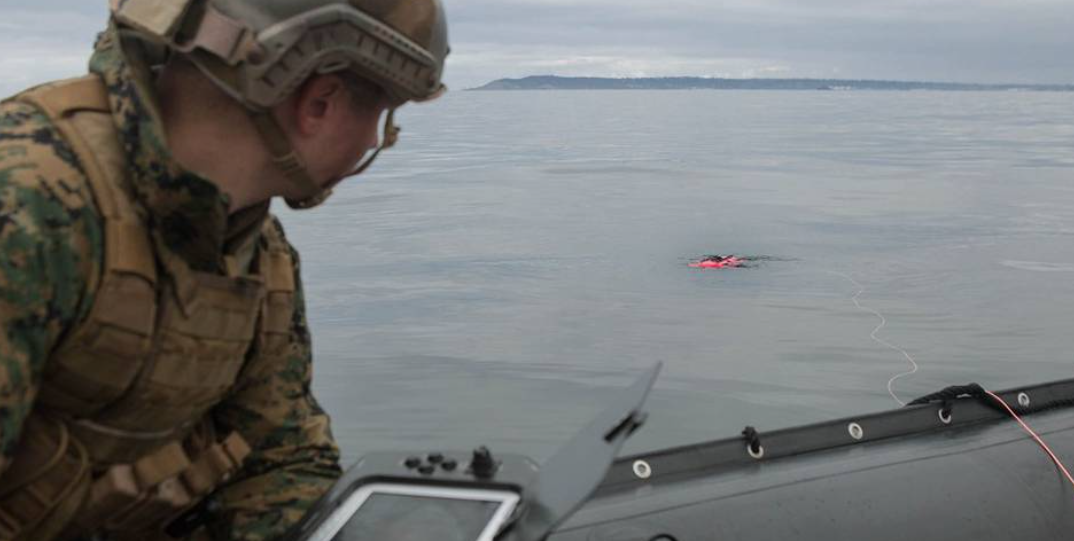 According to the U.S. Marine Corps, the robot keeps divers from conducting potentially dangerous missions and it can also be used for reconnaissance applications in the future.

“This robot gives Marines eyes in the water,” said Master Sgt. Patrick Hilty, an Explosive Ordnance Disposal project officer at Marine Corps Systems Command. “It is a capability the Marine Corps has never before had.”

By posting a comment you confirm that you have read and accept our Posting Rules and Terms of Use.
Advertisement
RELATED ARTICLES
Outsourcing danger: The robots tasked with dangerous jobs
Starfish underwater robotic gripper designed for mine countermeasures, EOD
Automating the battlefield
Even the Best Robots Fall Down, But Now They Can Pick Themselves Up
Marines Place Order for Throwable Robots
Advertisement