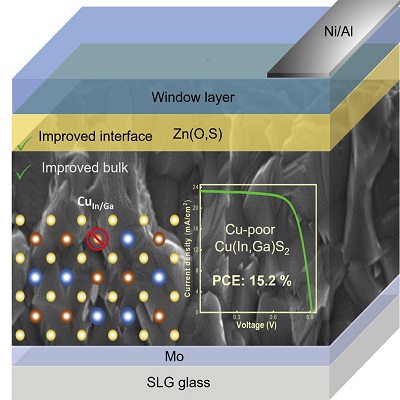 Controlling copper deficiency in the material was demonstrated to effectively suppress bulk recombination losses. Inclusion of a zinc oxide buffer layer was also observed to passivate and minimize losses at the material interface. The improved solar cell performance of over 15% was documented from 1.6-eV-band-gap copper-indium-gallium-disulfide with an open circuit voltage of 902 mV.

The tandem cell performance improvement achieved by researchers from the University of Luxembourg, Uppsala University (Sweden) and Université Catholique de Louvain (Belgium) is described in Joule.