A 1 micron thick layer of perovskite is sprayed onto a commercially available solar cell in which the bottom layer is composed of a 2 micron thick coating of CIGS, all housed on a 2 mm thick glass substrate. The layers are joined by a nanoscale interface that imparts higher voltage to the solar system.

The combination improves CIGS cell performance by about 20%, and the researchers are now targeting a 30% power conversion efficiency. The dual-layer devices maintained 88% of their initial efficiency after 500 hours of aging under continuous one-sun illumination. The team also said that the perovskite spraying technique could be easily integrated into existing solar cell manufacturing processes. 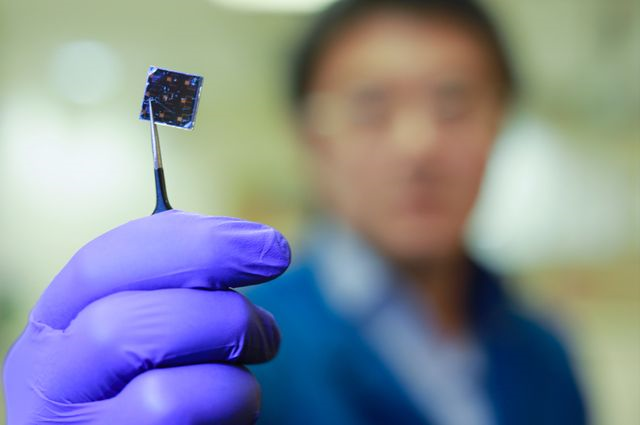 The double-layer solar cell converts 22.4% of incoming energy from the sun. Source: UCLA