The North Carolina State University (NCSU) Libraries Department and the Department of Nuclear Engineering are collaborating to build a small modular reactor (SMR) technical library at the university. The library resources will be available to the NCSU research community and to TerraPower/GE Hitachi and X-energy, both of which have signed teaming agreements with NCSU researchers to support planned advanced reactor demonstrations within the next seven years. 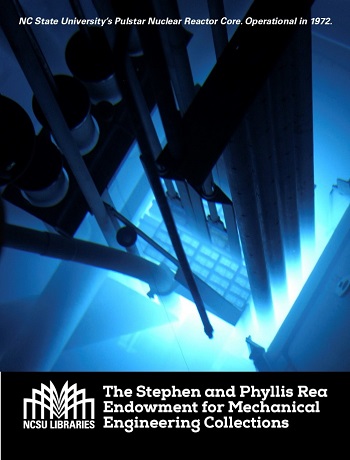 Source: NCSUboth nationally and internationally as a means of increasing nuclear power's role in reducing climate change. Applications include replacement of aging coal-fired units in cogeneration and other industrial applications; desalination to produce potable water as native freshwater supplies decline and as part of integrated energy systems that combine nuclear energy, renewable energy sources such as wind and solar; and energy storage technologies in support of both electric and nonelectric energy needs.”

SMRs typically have a capacity of up to 300 MW and are built largely from prefabricated components assembled on site. The modular nature of these units also allows for scaling up capacity by adding units according to demand. SMRs may also be well suited to flexible operation in tandem with wind and other variable renewable energy sources and in applications for seawater desalination, district heating and hydrogen production.

Making the new library collection possible is a donation from NCSU alumnus Stephen Rea, who together with his wife, Phyllis, formed the Stephen and Phyllis Rea Endowment for Mechanical Engineering Collections in 2015.

By posting a comment you confirm that you have read and accept our Posting Rules and Terms of Use.
Advertisement
RELATED ARTICLES
Westinghouse Proposes UK Deployment of Small Modular Reactor
IAEA report updates progress on SMR projects
Video: Rolls-Royce and Jordan See Role for SMRs
Westinghouse and EDF aim to jointly develop an SMR
The case for nuclear cogeneration in the UK
Advertisement