Is the ocean blue a green power source? 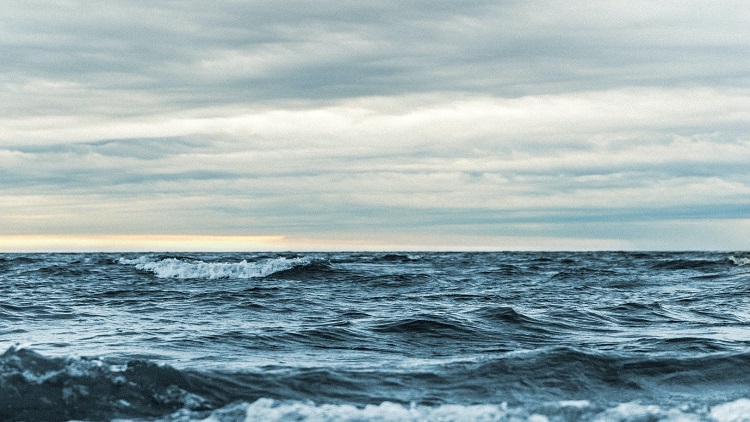 The need for renewable energy technologies is rising at a rapid pace as the Earth’s natural resources decline. Thankfully, the efficiency of solar photovoltaic cells is reaching record highs due to new-found chemical reactions that allow electrons to flow more easily when ‘excited’ by photons (light particles from the sun). Moreover, the advances in material sciences are allowing for the possibility of larger wind turbines to be built, thereby, increasing the energy output per turbine.

But what about renewable energy technologies that are not so well-known and that have not yet reached maturity? Technologies like tidal and ocean energy? This article will discuss what tidal energy is, as well as the pros and cons of implementing these technologies on our ocean’s shores. Furthermore, two tidal energy projects will aid in the discussion to determine their Technology Readiness Level (TRL), the cost to bring these projects to market, what tidal energy’s future potential is, and any blockers that are preventing the uptake of this technology.

What is tidal energy?

A few distinctions need to be made between tidal energy and other ocean energy technologies, since the way these technologies operate is vastly different. Here are the main ways in which energy can be extracted from the ocean to be turned into electricity: 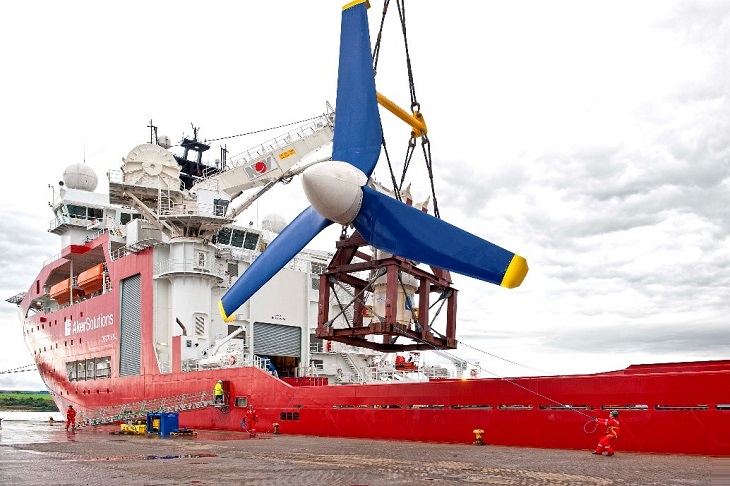 To understand how tidal energy can be extracted and converted to electrical energy, let’s look at two projects that use slightly different devices, what their TRL is and how much it would cost to implement. The TRL is a measurement system (from 1 to 9) used to assess the technology maturity level. The closer a technology is to 9, the more mature it is (i.e., it has passed small-scale and large-scale proofs-of-concept and prototyping). Bear in mind that both projects discussed below have not reached commercialization.

Located at Swansea Port in South Wales, this device would be positioned on the coastline in a U-shaped tidal lagoon. On the one side of the tidal lagoon is a set of Kaplan turbines that can operate in both directions (water-in and water-out). As the tide rises, the lagoon fills up and when the tide falls, it creates a height differential that can be used to generate electricity by letting the water in the lagoon flow through the turbines. The reverse can also occur when the tide rises and the water flows into the lagoon and turns the turbines. The tidal lagoon will consist of 16 turbines with a combined capacity of 320 MW. The project would bring in various recreational and amenity facilities, such as sporting events and biodiversity schemes.

In terms of the TRL, the Swansea Bay tidal lagoon has already been designed, with multiple documents being published online that describe in detail the layout of the system.

However, a tidal lagoon of this magnitude has not been tested, despite the testing of Kaplan turbines in other non-tidal-related systems, and would put this technology at a TRL of 6 (system/subsystem model or prototype demonstrated in a relevant environment). Already, £35 million has been used for the development stages of the project, most of which was a loan from the Welsh Government. The cost to complete the project is estimated to be £1.3 billion.

This device uses an open-centered turbine that is powered by tidal streams. As the tidal stream passes through the turbine, it causes it to rotate and generate electricity that is then transported via cables to an onshore facility. Currently, a test rig is used to lower the turbine to the seabed by using hydraulic winches. These devices make use of a subsea gravity base that can weigh several hundred tons. The gravity base allows for the turbine to rest on the seabed without any mounting preparation needed.

The OpenHydro tidal turbine is currently at a TRL of 7 (system prototype demonstrated in an operational environment). Phase 1, initiated in 2015, was the installation of a 4 MW turbine in the Bay of Fundy. Unfortunately, before phases 2, 3 and 4 could be completed, OpenHydro was liquidated.

Even though not many tidal energy projects have reached a 9 on the TRL (the highest TRL, which indicates the product has reached commercial viability), the research and development of this renewable energy continues across the world. Academic institutions, such as the University of Stellenbosch in South Africa, have dedicated degrees aimed at equipping the next generation of engineers with the knowledge to push tidal energy into the market.

There is enormous potential for tidal energy, but there are also many blockers that need to be overcome, the biggest being the cost of the devices to extract energy. These devices are usually enormous, requiring specialty machinery to manufacture, transport and install. Additionally, since these devices are in constant contact with seawater, they are prone to rusting faster and require constant maintenance.

Environmental concerns with tidal energy are another blocker. Installing these devices or building tidal lagoons disrupts the surrounding sea life. Although new ecosystems are formed over time, they are immediately disrupted again when it comes time to perform maintenance. Maintenance also adds to the already expensive cost of the raw materials needed to complete a tidal energy project (never mind the cost to research, design, prototype and document such a project).

If we are to see tidal energy enter the commercial market in the future, these blockers need to be dealt with and the cost to manufacture tidal energy devices needs to decrease. This all seems like wishful thinking, but it has happened in the past with both wind and solar PV technology. The price of these technologies has rapidly fallen to a competitive price, making it a more attractive form of electricity generation compared with traditional coal-fired energy generation.

The decrease in the price of these technologies has been due to several factors such as an increase in environmental awareness, government grants/incentives, and local manufacturing and procurement of raw materials.

Tidal energy technology, although ingenious, comes with a host of concerns and blockers. This technology will continue to generate proof-of-concept projects, but it may be a very distant potential in the consumer market. Not all is lost though. With each tidal energy project comes a huge learning curve for the renewable energy industry and will spark the innovation of new, more efficient, lower material usage devices.