The Metropolitan Water District of Southern California (MWD) is in discussions with Los Angeles County sanitation districts to develop what could be one of the largest recycled water programs in the world. MWD staff recently presented the framework of a plan to purify and reuse as much as 168,000 acre-feet of water a year, an amount sufficient to serve about twice that number of households annually. MWD would need to build a treatment plant and delivery facilities and comply with environmental regulations. Similar projects have cost about $1 billion, according to the Los Angeles Times newspaper.

Currently, coastal communities in California flush hundreds of billions of gallons of treated sewage into the Pacific Ocean each year, LA Times says. However, in the last couple of decades, water managers have attempted to recycle the water for human use. 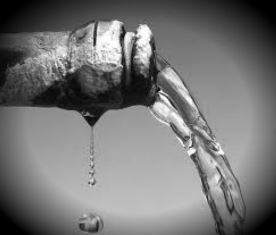 Californians could soon see sewage water converted to tap water.So-called “purple pipe” systems take sewage that has been filtered and cleansed and use it to irrigate crops, parks and golf courses. However, it is not used as drinking water. Potable reuse systems purify water that has already been processed at a sewage treatment facility. This so-called “toilet-to-tap” process results in a product that reportedly is cleaner than most bottled waters, and is intended for human consumption.

Recycled potable water can either be added to municipal water systems directly or indirectly. In an indirect potable reuse system, such as the Orange County Groundwater Replenishment System (GRS), purified water is placed in an underground aquifer or surface water reservoir. After a period of storage, the water undergoes processing at a traditional drinking water treatment plant and enters the tap system.

In the city of Los Angeles, Mayor Eric Garcetti directed the Department of Water and Power to reduce its purchase of imported potable water by 50% by 2024, LA Times says. The mayor also called for the creation of an integrated water strategy that increases local water supplies and improves water security.

MWD and a partnership of 24 county Sanitation Districts of Los Angeles County have been working together on feasibility reports and pilot studies since 2010. MWD officials reportedly say they want the board to authorize a memorandum of understanding between the two groups. If the board approves, the agencies could launch on a “demonstration project” at the sanitation districts’ Joint Water Pollution Control Plant in Carson. There, the treatment processes would be perfected on 1 million gallons of water per day while officials conduct additional studies and develop a financing plan.

By posting a comment you confirm that you have read and accept our Posting Rules and Terms of Use.
Advertisement
RELATED ARTICLES
Reuse of Waste Water Could Catch on in Dry California
Study Looks at Direct Potable Water Reuse
Recycled water could quench LA's thirst by 2035
Applying Engineering Innovation to the Water Crisis
LA County Taps Contractor for Wastewater Project
Advertisement