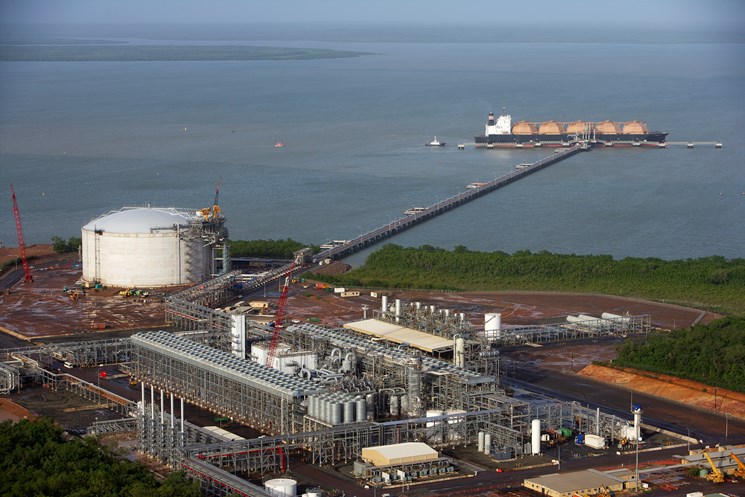 I had the opportunity to assist with the review of a liquefied natural gas (LNG) import facility in the U.S. that is being converted to an export plant. The details show that significant treatment of natural gas is required before it can be shipped and distributed.

This article, the first of three, outlines a number of fundamental concepts regarding natural gas and liquefaction processes. Part 2 and Part 3 will discuss some principal auxiliary processes that include power generation for these facilities, how to deal with condensate return and issues related to wastewater discharge.

At present, more than 110 LNG facilities operate in the U.S. and perform a variety of services, according to the Federal Energy Regulatory Commission. Some facilities export natural gas from the U.S., some provide natural gas supply to the interstate pipeline system or local distribution companies and some are used to store natural gas for periods of peak demand. There are also facilities that produce LNG for vehicle fuel or for industrial use. 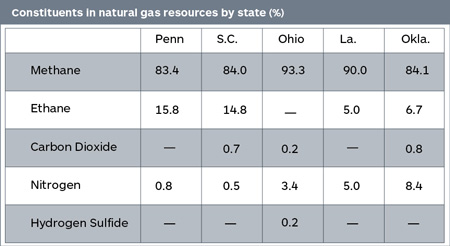 Source: “Oxidative dehydrogenation of ethane to ethylene”; www.itcp.kit.edu/deutschmann/img/content/OD_Habil_ii.pdfThe primary component of natural gas is methane (CH4). This compound gives natural gas large combustion energy such as the high hydrogen-to-carbon ratio that boosts the heating value. However, depending upon where the natural gas is extracted, a number of other compounds will be found in the supply. The table outlines the major impurities that may exist in natural gas supplies.

The second most common component in most cases is ethane (C2H6), although the gas may also contain fractions of heavier hydrocarbons including propane (C3H8) and perhaps a small amount of butane (C4H10). Natural gas that contains heavier hydrocarbons is known as “wet gas.” By contrast, “dry gas” is almost pure methane. The schematic outlines the major unit processes for LNG production. Not shown due to space limitations are numerous split feeds, auxiliary heat exchangers and byproduct recovery units with the process. Some of these will be discussed in parts 2 and 3 of this series, particularly as they relate to condensate return and wastewater treatment requirements.

Major unit processes involved in natural gas treatment for conversion to LNG. The first unit process is the acid gas scrubber. Although the table does not list any sulfur-bearing compounds, they can easily exist. Those familiar with the oil and refining industries know that “sour” crude oil contains hydrogen sulfide (H2S). H2S, besides being a decided safety hazard, is also corrosive. Scrubbing is typically performed with an aqueous amine solution to remove carbon dioxide and sulfur compounds.

The next step in the process is dehydration to remove water that would otherwise freeze in the liquefaction process (or could freeze at processing plants that prepare methane for injection into pipelines). A common process to remove water is through molecular sieves with zeolites as the absorption media. The pore size can capture water, which can then be periodically expelled to regenerate the media. 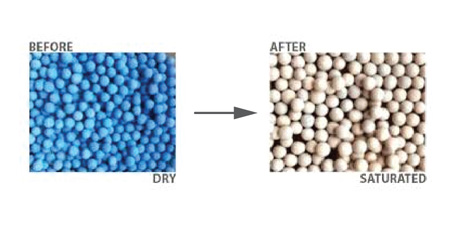 Dry and saturated molecular sieve media. Source: www.interraglobal.comThe heavy hydrocarbon recovery unit (HRU), which utilizes distillation, extracts ethane and other higher hydrocarbons. In the past, these compounds often were considered to be nuisances in natural gas and might have been discarded. However, in our increasingly energy-efficient world, industry personnel are recognizing that these hydrocarbons can have great value.

For example, consider the primary “impurity” ethane. As opposed to C2H6, ethylene (C2H4) has the double-bonded carbon, which is of importance. The value of ethylene as the raw material for many polymers and plastic products cannot be overemphasized. For many years, most C2H4 has been obtained during crude oil processing. However, C2H6 is becoming an increasingly popular feedstock for ethylene production, with a technology known as “oxidative dehydrogenation” gaining interest as an alternative to standard cracking.[1] Heavier hydrocarbons that are extracted from natural gas also have value. C3H8, of course, serves as heating fuel for many home owners in rural parts of North America, and it is also used for industrial heating applications.

Comparison of the chemical structures between ethane and ethylene.

The remaining steps in LNG preparation are liquefaction and nitrogen stripping to produce the final material for storage. Cooling for liquefaction may utilize hydrocarbon-cooled heat exchangers along with those cooled by more traditional coolants. This system, along with the other unit processes already described, require a number of heat exchangers. Some of these are internal to the process where natural gas from a unit operation is routed through a heat exchanger with the inlet natural gas as the feed.

However, a number of steam-fed heat exchangers are also necessary. One example is the amine regeneration system in which the sour amine that has collected carbon dioxide and hydrogen sulfide is reconstituted as fresh reagent. Another is the heavy hydrocarbon distillation tower(s), where steam can be the heating source. In addition, these unit processes utilize many pumps, compressors and other fluid transfer equipment. All of these machines require power for operation, and, when considered as a whole, the power requirements are significant.

As this series of articles is based on a co-generation facility designed with a combined-cycle power plant to produce the power required for the LNG processing equipment as well as the steam for heat exchangers, we will next turn to issues related to power generation. Part 3 of this series will consider the proper treatment of condensate return and wastewater, which is critical to the overall process.