Exploitation of shale formations has produced an abundance of natural gas and natural gas liquids that are significantly lowering the economic value of ethane. As transport costs further decrease market value and as substantial overhead increases payout terms associated with new ethylene plants, oil producers need an economical alternative. Synfuels International Inc. offers an answer with an integrated conversion process that uses natural gas and light hydrocarbons to produce gasoline with an estimated payout that ranges from 2.8 to 4.3 years.

The increased supply has decreased market value and impacted long-term pricing forecasts. IHS CERA released a report titled Fueling the Future with Natural Gas which concludes that the long-term outlook is for "abundant natural gas resources at prices far lower than had once been expected.” The U.S. is poised to export natural gas and increase its use domestically. One major question facing the U.S. is how it can best make use of this low-cost fuel source.

Historically, the dominant use of ethane in the U.S. has been as a feedstock to make ethylene, followed by natural gas sales to exploit its value as a fuel source.

A paper released by Bryan Research & Engineering Inc. (BR&E) titled Economic Alternative for Remote and Stranded Natural Gas and Ethane in the US, highlights why Synfuels International’s gas-to-liquids (GTL) process may be a viable option.

First, the majority of ethylene plants are constructed along the Gulf Coast. This is because ethylene is not a finished product and requires integration with existing infrastructure. Piping ethane to the facility represents a considerable upstream cost that decreases the value of the product. 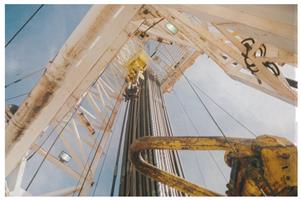 Third, the Synfuels International process is designed to handle moderate quantities at locations where there is limited pipeline capacity and a localized bottleneck. Given the volume of natural gas that is being flared in North Dakota alone, the opportunity exists to address localized oversupply by offsetting moderate quantities of residue gas and ethane.

The EIA has recognized challenges facing large gas to liquids (GTL) plants. With no more than five large-scale GTL plants operating globally and with Shell having canceled plans on its proposed facility in Louisiana, the technology has received scrutiny due to high estimated capital costs and competition from proven solutions in ethylene facilities. The difference in synfuels GTL process is its significant lower capital cost, smaller plant size, short payout terms and ability to lessen transportation costs.

The integrated conversion process includes one or more cracking reactors running in parallel to accommodate the localized oversupply. This yields ethylene and acetylene that is refined, cooled and compressed to approximately 150psig. The cracked gas then is fed through an ethylene reactor to convert the acetylene to ethylene. The ethylene-rich product is then preheated and fed to a product reactor in order to yield a gasoline blend stock.
The technology can be scaled to size as the largest available cracking reactor accommodates 5 million standard cubic feet per day (MMSCFD).

Construction times is around two years with an estimated capital cost of $135 million to $190 million for a system that handles a residue feedstock of 20 MMSCFD. Payout terms are largely dependent on cost of the natural gas feedstock.

Ethane in particular is a low-value product that operates as an ideal feedstock for the Synfuels GTL process. With forecasts expecting continued low commodity prices, removing transportation costs by building small-scale plants near the remote or stranded source may make economic sense. The need for an alternative method that monetizes stranded light hydrocarbons appears to be real.

By posting a comment you confirm that you have read and accept our Posting Rules and Terms of Use.
Advertisement
RELATED ARTICLES
Natural Gas for Export: Process Fundamentals for Engineers, Part 1
Chevron Phillips Completes $6B Petrochem Project
Crude Oil Market Turmoil Could Mean “Back to the Future” Experience for Petrochemicals, IHS Says
Total Petrochemicals to Build Cracker in Texas
Steam Cracker Planned by Total in Texas
Advertisement 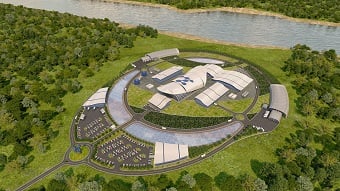