Small robot can overcome objects larger than itself 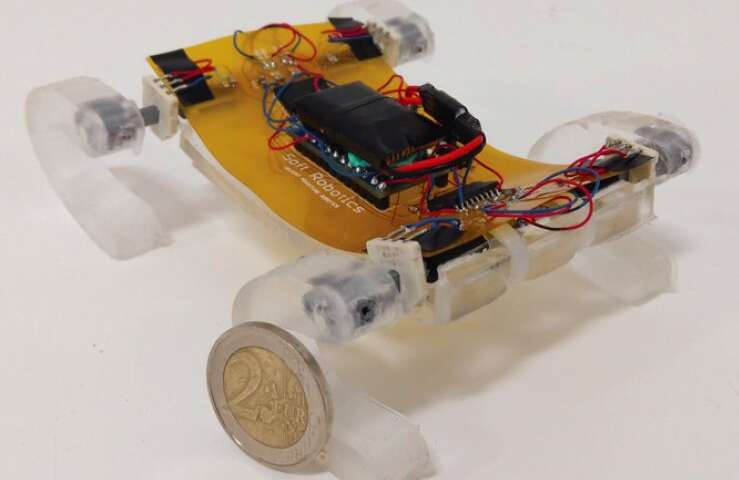 Source: Kalin et al.A team from Bilkent University in Turkey has developed a small quadruped robot that is capable of climbing and surmounting obstacles.

The robot, which is called SQuad, is composed of soft structural materials such as polydimethylsiloxane (PDMS) that enable the robot’s flexibility.

The untethered SQuad reportedly fits in the palm of a hand and features C-shaped legs and integrated DC motors.

During testing, Squad could overcome obstacles roughly 1.44 times higher than its own height. Meanwhile, a similar robot, composed of rigid components, was only able to achieve 0.88 times its own height.

Eventually, the research team intends to use the small robot to conduct inspections or for search and rescue missions. In the meantime, the team will work to develop a body contraction mechanism within the robot so that it can pass through small entry points.

The research appears in IEEE Robotics and Automation Letters.