These robots will make your skin crawl: Part 1

The world of technology has long taken inspiration from the natural world, mimicking everything from animal mobility to skin texture. Specifically, robot manufacturers have taken a significant amount of inspiration from that creepy and crawly sector of nature that includes earthworms, spiders, beetles, flies, cockroaches and rats.

Join Engineering360 as we revisit in a two-part article some of the creepy crawly species to influence robot technology.

Researchers from the University of Pittsburgh have developed tiny bug-inspired robots for accessing hard-to-reach spaces.

To mimic the movements of trap jaw ants, mantis shrimp and fleas that are capable of jumping across surfaces, the researchers built the insect-like robots using polymeric artificial muscle. 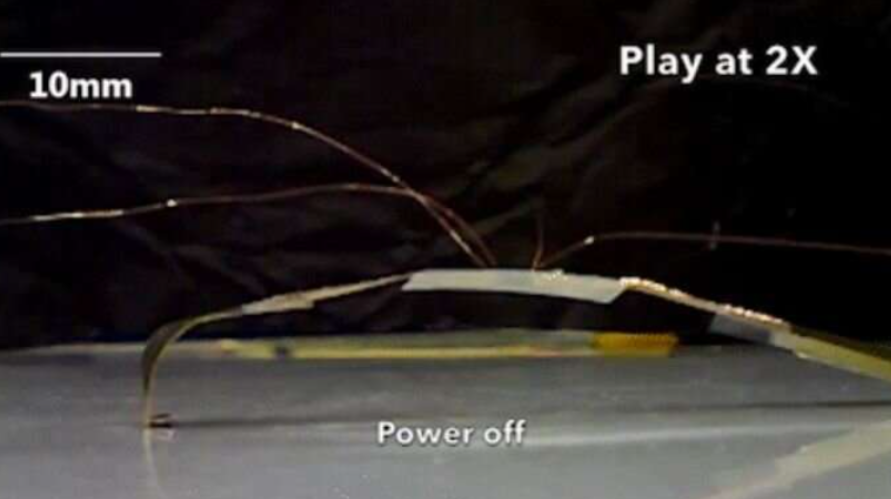 Although actuation in artificial muscles tends to be slow, the researchers achieved jumping actuation with the curved composite design of the polymer muscle, which enables the muscle to produce energy when powered.

According to the researchers, the molecular alignment of the artificial muscle mimics insects in that their combined actuation builds energy into the structure, using only a few volts of electricity.

As such, the tiny robots are capable of hopping across water or traversing sand as easily as they would hard surfaces.

Engineers at the University of California, Berkeley have developed an insect-inspired robot that is capable of traversing rough terrain, swerving, pivoting and avoiding unexpected obstacles.

According to the developers, the addition of the footpads enables operators to have greater control over the robot’s trajectory and they believe that the enhanced robot could be used for search and rescue missions as well as for gas leak detection applications.

To see how the robot maneuvers through a maze built of Legos, watch the accompanying video that appears courtesy of University of California, Berkeley.

Engineers at Johns Hopkins University have developed a snake robot that can navigate difficult terrain to potentially perform functions associated with search and rescue missions.

Taking inspiration from nature, the engineers developed the snake robot so that it can climb stairs as well as traverse rough terrain, such as rubble, debris and other obstacles one might encounter in the aftermath of a disaster.

To accomplish this, the engineers watched footage of snakes in motion and developed an internal suspension system for the robot snake’s body to mimic how snakes “wriggle” themselves. The system enables the robot to mimic the wriggling motion by compressing each of the body’s segments into the surface below it when appropriate.

In order to make the robot suitable for possible search and rescue missions in the future, the Johns Hopkins team will continue to improve the robot’s ability to scale large obstacles.

To see the robot snake in action, watch the accompanying video that appears courtesy of Johns Hopkins University.

Scientists from the Beijing Institute of Technology, China, have developed a biomimetic rat robot.

Dubbed SQuRO (for small-sized quadruped robotic rat), the robotic rodent can move much like an actual rat, specifically through narrow spaces.

To enable SQuRO to move through narrow spaces, the developers mimicked the naturally elongated body of the rat in the design of the robot. Additionally, the robot had 2 degrees of freedom (DOFs) built into each of its limbs, its waist and its head to enable flexible spine movement.

According to the researchers, the robotic rat can crouch to stand, right itself if it falls over, walk, crawl and turn. Likewise, the robot can carry up to 7 oz of cargo — a camera or sensors for instance — and can be used for inspection applications or to search for survivors in the aftermath of some disaster.

In the lab, SQuRO passed through irregular narrow passageways with an inner width of 90 mm and navigated a slope of 15°.

To see the SQuRO in action, watch the accompanying video that appears courtesy of Shi Qing from the Beijing Institute of Technology, China.

Check back with Engineering360 for the second part of "These robots will make your skin crawl."

By posting a comment you confirm that you have read and accept our Posting Rules and Terms of Use.
Advertisement
RELATED ARTICLES
Johns Hopkins engineers develop snake robot for search and rescue
Inspired by nature: Robots
These robots will make your skin crawl: Part 2
Rat robot crawls through narrow passageways
Watch: Rolls-Royce Developing Robotic Snakes and Bugs to Inspect Engines
Advertisement