Researchers at the University of California, Santa Barbara have developed a robot that can jump more than 100 ft, breaking a record set by a Boston Dynamic's robot.

Mimicking how animals jump in nature, the researchers increased the amount of energy the robot could store using a motor that winds up a line that constricts a tension-compression spring. Additionally, the team created a spring featuring carbon-fiber compression bows to reportedly maximize energy storage per unit mass. Rubber bands were then stretched from the center of the mechanism to each bow. 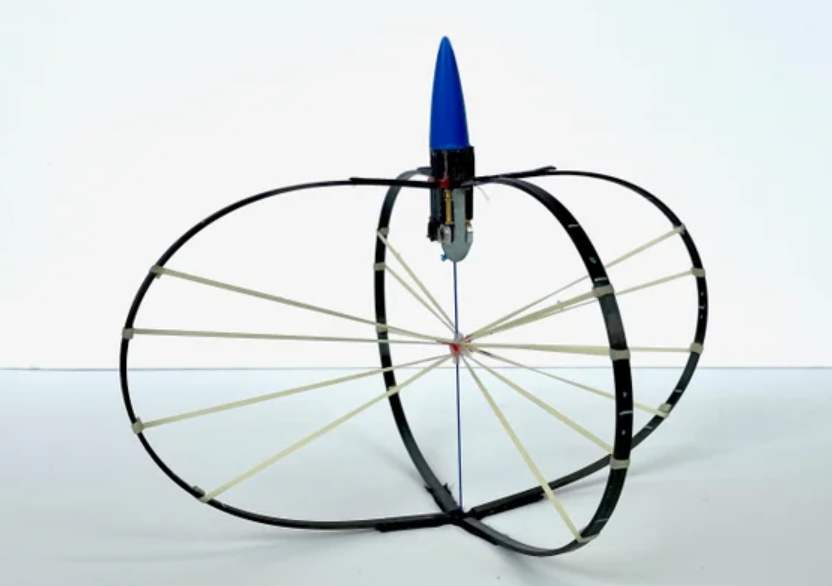 According to the team, while the motor of the robot spins, the line winds up, thereby constricting the compression bows and bending them outward while the rubber bands stretch and subsequently gather kinetic energy. Once the release mechanism is unlatched, the robot is launched into the air and all of the kinetic energy is stored in the spring.

The team is eyeing the engineered jumping robot for space applications where the robot would reportedly be able to achieve even greater heights.

“We calculated that the device should be able to clear 125 meters in height while jumping half of a kilometer forward on the moon,” the researchers explained.

For more information, watch the accompanying video that appears courtesy of Nature.