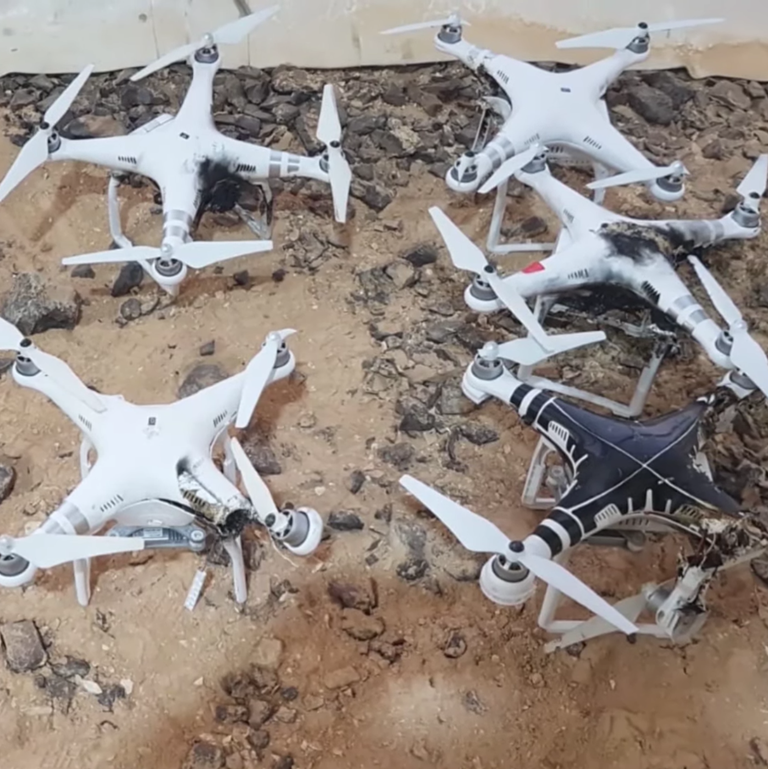 The so-called Drone Dome from Rafael is a counter-unmanned aerial system (C-UAS), a portable laser system outfitted with a search radar, drone radio command detector, command and control system and an electro-optical sensor.

According to Rafael, the drone can detect suspicious objects as small as 0.002 square meters in size and as far as 2.1 miles away. Likewise, the Drone Dome can target erratic drones, keeping them in its crosshairs as the drone moves around to avoid detection.

Anti-drone tech is an area experiencing significant growth following several reports of drones intruding on airspace at airports all over the world, posing a potential threat to aircraft and passenger safety. Likewise, drone technology is fast becoming a tool in the military sector, used for conducting surveillance and other military-related tasks. As such, efforts to destroy the technology are also increasing.

Recently, the United States Air Force, along with defense contractor Lockheed Martin, completed testing on the laser-based anti-drone system Athena. Meanwhile, a Russian defense contractor has outfitted a drone with a Vepr-12 shotgun and a 10-round magazine to potentially shoot suspicious drones from the sky. Similarly, a researcher from Florida’s Embry-Riddle Aeronautical University (ERAU) has developed an autonomous system for “hijacking” rogue drones, dubbed the Dronejacker, which uses acoustic sensors that listen for approaching drones.

To see how the C-UAS laser system works, watch the accompanying video that appears courtesy of Rafael.

By posting a comment you confirm that you have read and accept our Posting Rules and Terms of Use.
Advertisement
RELATED ARTICLES
The military now recruiting drones
Laser-based defense system can down autonomous drones
Army completes testing of an anti-drone laser
Anti-drone laser tech passes Air Force test
Watch: DARPA to disarm suspicious drones with pink string?
Advertisement