Once a suspicious drone is detected, the Mobile Force Protection system launches its own drone that disables the suspicious sUAS with the pink string-like substance. 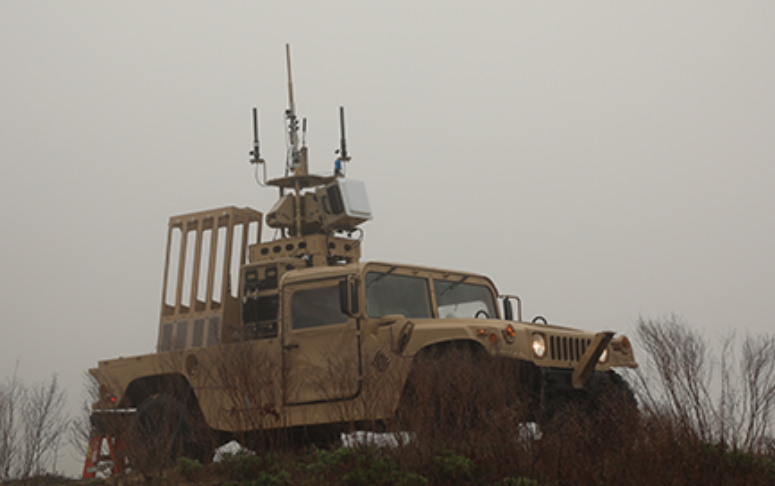 According to DARPA, the pink substance entangles the sUAS’s rotors, thereby disrupting its propulsion and forcing the suspicious drone to crash.

Although the Mobile Force Protection system was designed to protect convoys in transit, the system poses almost no threat to nearby civilians or property.

To see the Mobile Force Protection system in action, watch the accompanying video that appears courtesy of DARPA.