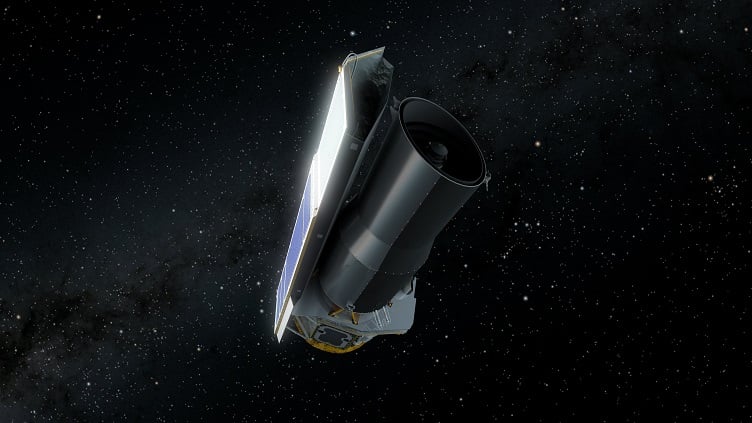 A artist's rendering of the Spitzer telescope. Source: NASA

NASA has ended the mission of the Spitzer Space Telescope after 16 years of studying the universe in infrared light.

The spacecraft was placed in safe mode, ceasing all science operations and NASA declared the mission of the telescope as officially completed.

Spitzer Space Telescope was launched in 2003 as one of four observatories to study space along with the Hubble Space Telescope, the Chandra X-ray Observatory and Compton Gamma Ray Observatory. Each of these telescopes were equipped with different wavelengths of light to create a better picture of the solar system, galaxy and universe.

"Spitzer has taught us about entirely new aspects of the cosmos and taken us many steps further in understanding how the universe works, addressing questions about our origins, and whether or not are we alone," said Thomas Zurbuchen, associate administrator of NASA's Science Mission Directorate in Washington.

During its mission, Spitzer studied comets and asteroids in the solar system and found an unidentified ring around Saturn. It also studied star and planet formation, the evolution of galaxies from the ancient universe to today and the composition of interstellar dust. Additionally, Spitzer was used to detect exoplanets and to characterize those planets' atmospheres. The telescope found seven Earth-sized planets in the TRAPPIST-1 system and determined their masses and densities. This was classified as the largest number of terrestrial planets ever found orbiting a single star.

The decision to stop the Spitzer mission comes in anticipation of the launch of the James Webb Space Telescope, which is schedule to launch in 2021. That telescope was previously expected to launch sooner but when it was postponed, Spitzer was allowed to continue its mission for an additional three years.

The prime mission of Spitzer came to an end in 2009 when the telescope exhausted its supply of the liquid helium coolant necessary to operate two of its three instruments — the infrared spectrograph and multiband imaging photometer for Spitzer. Scientists continued to use the third instrument, the infrared array camera, to study the universe for an additional 10 and a half years, far longer than the mission planners initially anticipated.

NASA previously retired the Kepler space telescope in 2018 after the fuel needed for further space operations ran out. Kepler was launched in 2009 and also exceeded its original mission by studying more than 500,000 stars instead of its planned 150,000 stars when it was launched.