What is seasonal energy efficiency ratio? 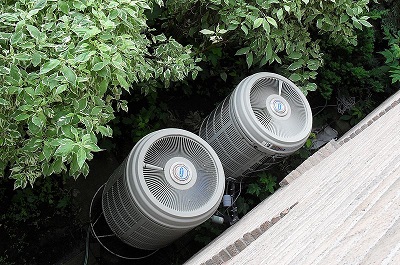 The total electric energy input is defined as the cumulative energy consumed by the entire system, including the compressor, fan and associated controls, during a typical season expressed in watt-hours. The cooling output is the associated heat removed from the conditioned space during the same time period expressed in BTUs. The SEER ratio is therefore expressed in BTU/watt-hours.

Test methods are performed on a factory-made assembly with matching components. The SEER rating also approximates climate throughout a typical season with an expected temperature variance between 67° F and 102° F. These calculations take into account a zero-load base temperature and how fan speed fluctuation correlates with the expected outdoor temperature range. The SEER rating is the best-case scenario for electric air-cooled heat pumps and air conditioning units.

The SEER rating was developed to address air-source heat pump and air conditioner performance with a minimum acceptable value of 13 SEER as mandated by the U.S. Department of Energy on Jan. 23, 2006. Energy Star qualified units are identified as the top 25% of efficient models with SEER ratings equal to or greater than 15.

The SEER rating was developed exclusively to address the cooling performance of air-source heat pumps and air conditioners. These units may also carry an energy efficiency ratio (EER). While EER uses the same units and the same measurement principles as the SEER rating, it is based on an average temperature during the cooling season and therefore denotes efficiency under constant load. It is generally a lower value than SEER.

The integrated energy efficiency ratio (IEER) is considered a better representative of actual efficiency that HVAC equipment will achieve. It is also used to describe the efficiency of water-cooled, evaporative-cooled and ground source heat pumps. IEER is an average of EER at several capacity ranges. It is calculated by weighting part-load operation as, on average, peak load efficiency only comprises a small percent of the expected workload and accounts for just 2% of the IEER value.

The formula used to calculate IEER is as follows:

A = EER at 100% net conditioning capacity

B = EER at 75% net conditioning capacity