Space is quickly becoming the final frontier for man-made junk, a celestial repository for more than 7,600 tons in orbit. Dormant satellites, defunct boosters and bits of shrapnel derived from satellite collisions travel at hypersonic speeds in the same orbits as active satellites, posing risks to existing equipment and planned missions.

Different approaches are being pursued to improve extraterrestrial solid waste management, including the use of magnetic grappling to knock debris out of orbit or tethered nets to capture derelict satellites. A European 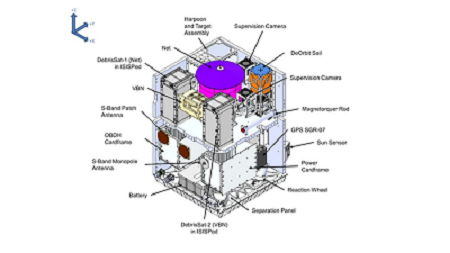 Schematic of the RemoveDEBRIS system. Source: University of SurreyCommission-funded consortium recently demonstrated that an experimental system can perform cleanup duties: the RemoveDEBRIS spacecraft harpooned a piece of simulated debris in low Earth orbit. The technology demonstrator satellite deployed a target panel at the end of a 1.5 m (4.9 ft) boom, then skewered it with a metal harpoon traveling at 20 m/s (44.7 mph, 72 km/h) as part of a series of trials to test various space debris elimination techniques.

The space harpoon, which consists of a launcher, a tethered harpoon and a flip-out locking mechanism to secure the target on penetration, was deployed in the third of these experiments. The previous two tested a net launcher for ensnaring satellites and a LiDAR and camera-based vision navigation system to identify space debris. The fourth and final experiment, slated for March, is a sail that will increase orbital drag and cause RemoveDEBRIS to plummet into the Earth's atmosphere, where it will burn up.

I guess of all three methods, at least one should work depending on the nature of the debris... 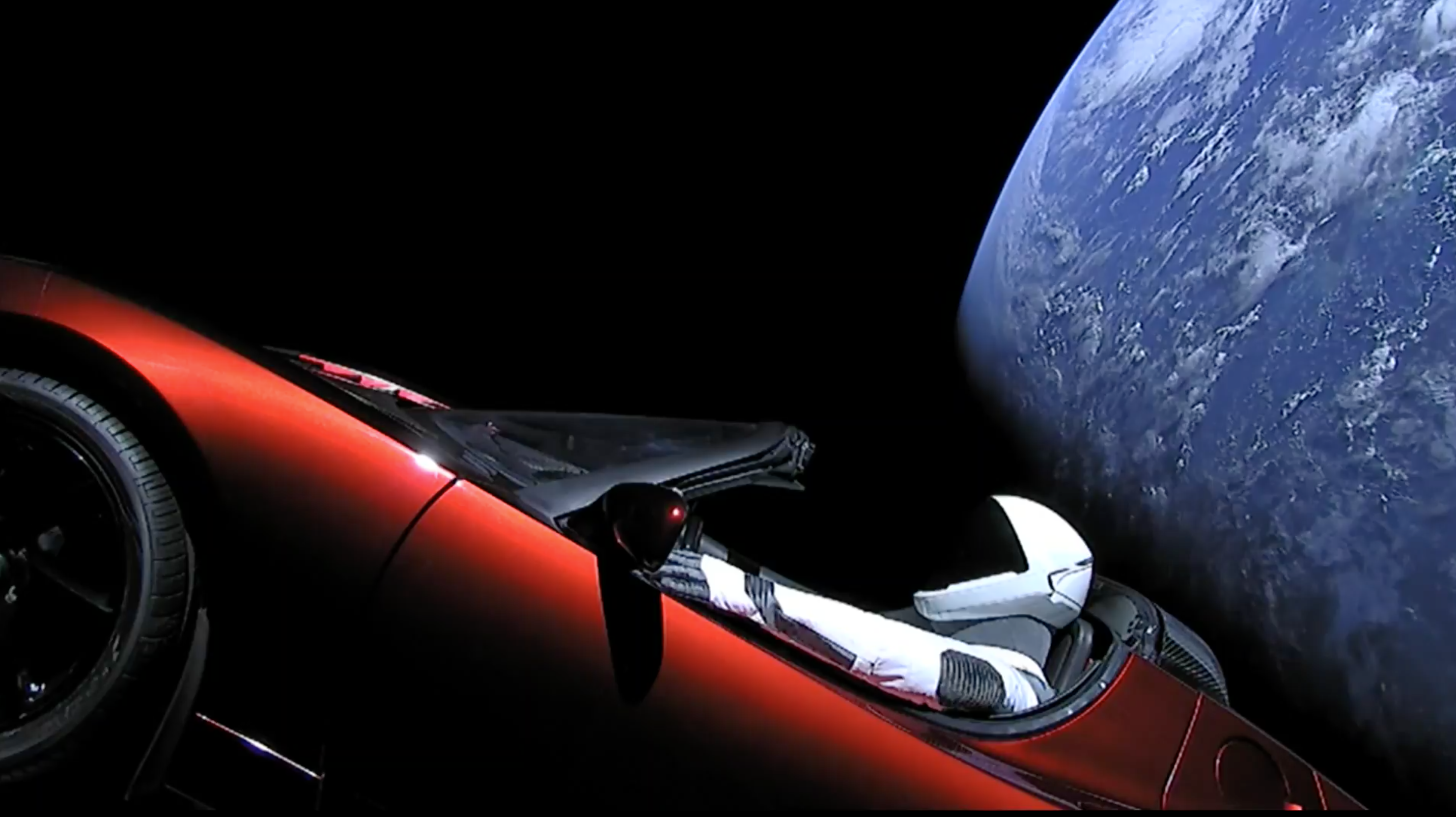 Re: Watch a harpoon skewer space debris
#3
In reply to #1
rashavarek

According the the orbit tracker it will be a long time before Starman drives by Earth again.

The problem with a harpoon is that it could split the target debris into multiple fragments.

whats wrong with a net gun where the net is sprayed with sticky adhesive as its being fired so it not only wraps around the item but sticks to it permanently ?

Beautiful to see a cleanup being actioned.

Will be very difficult to catch debris moving relative to the satellite. How will they then prevent satellite plus debris from spinning out of control?