Space has become the final frontier for man-made junk, a celestial repository for more than 3,000 inactive satellites and 900,000 objects larger than 1 cm in orbit. The debris, largely derived from satellite collisions, poses risks to existing equipment and planned missions. The European Space Agency (ESA) is moving closer to tackling this trash problem with plans for the world’s first space debris retrieval mission in 2025.

As part of the ESA Active Debris Removal/In-Orbit Servicing Project, Swiss startup ClearSpace has been contracted to capture the 100 kg upper stage of the Vega Secondary Payload Adapter left in an 800 km by 660 km altitude orbit after the 2013 flight of ESA’s Vega launcher. The ClearSpace-1 chaser will use four robotic arms to capture the target debris, after which both will burn up in Earth’s atmosphere. 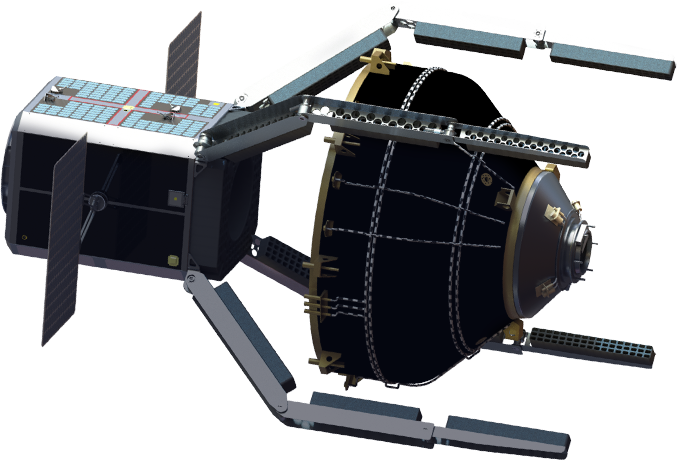 The chaser will use four robotic arms to capture the target debris. Source: ClearSpace

By posting a comment you confirm that you have read and accept our Posting Rules and Terms of Use.
Advertisement
RELATED ARTICLES
Video: Removing Derelict Satellites and Other Space Debris
Cleaning Up Space Debris
Battery abuse tests in search of space debris cure
Watch how quantum computing technology can target space debris cleanup
The origins of orbital debris
Advertisement