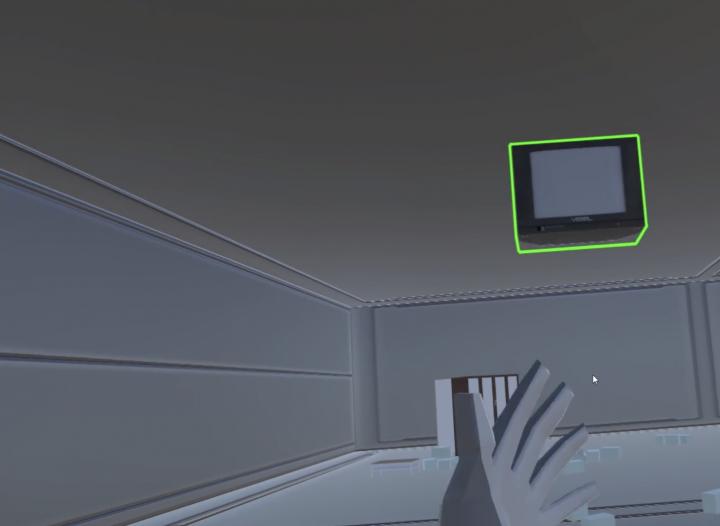 Star Wars fans rejoice! Virginia Tech researchers have created a new virtual reality (VR) system that gives the user Jedi powers, without having to deal with the bulky controller that most VR systems require. Users can move faraway objects in a VR environment using this new system.

"You basically push the object in the direction you want it to move to, just like in Star Wars when the Jedi masters try to move an object that's placed remotely, they can push or pull it," said Run Yu, Ph.D. candidate in the department of computer science and the Institute for Creativity, Technology, and the Arts.

Users can push, pull and twirl objects in a VR setting with their bare hands. The system action maps the user’s hands as they naturally move, enabling VR object manipulation.

"We wanted to try and do this without any device, just using your hands, and also do it with gestures in a way that's more playful," said Doug Bowman, the Frank J. Maher Professor of Computer Science and director of the Center for Human-Computer Interaction.

The system uses more physical VR actions than a standard, controller-based VR system. It responds to a hand gesture’s speed and magnitude to either accelerate or decelerate objects naturally.

During testing, the team used an Occulus Rift CV 1 for the display and the LeapMotion system to track the user’s hands. The VR environment was made in the Utility game engine. The team is always updating and changing the system for the better but they are confident this system could level up VR experiences everywhere.

"Every week we kind of tweak something different in order to make the experience feel right," said Bowman. "But now it feels really cool."

The paper on this technology was published in Frontiers in ICT.

By posting a comment you confirm that you have read and accept our Posting Rules and Terms of Use.
Advertisement
RELATED ARTICLES
Watch: Caging mechanism is incorporated into robotic hand
Video: Artificial Vision for Artificial Hand
Robots take a step toward self-awareness
Robot hand from KIMM can handle eggs, scissors
Watch: Robot Hand Has Sense of Touch Thanks to New Electronic Glove
Advertisement