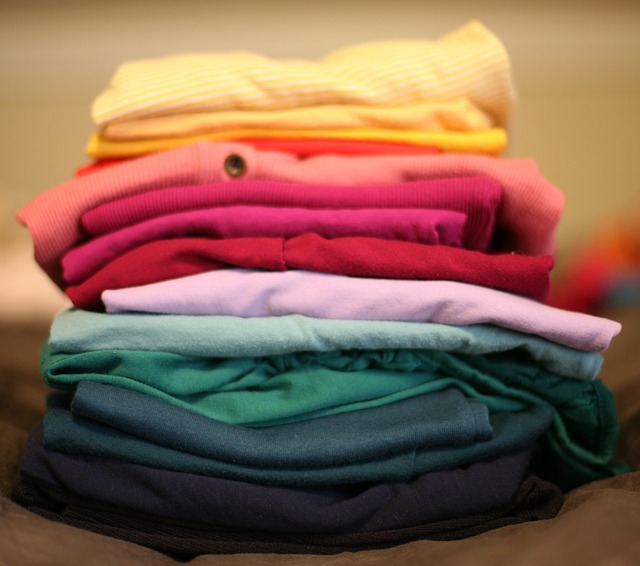 Finding another use for discarded items is the goal of many an environmentalist. Instead of being laid to waste in a landfill somewhere, these items might serve an entirely unintended function. Such is the philosophy of scientists from the University of New South Wales who are attempting to turn old, abandoned and out-of-date clothing into construction materials, namely solid panels for flooring and walls.

Credited with generating 10 million tonnes of landfill waste in the United States each year alone, affordable clothing in particular has a very short shelf life, often embarking on a rapid journey from store to consumer to garbage can. Considering the amount of clothing that is left to rot each year, scientists from the University of New South Wales suggest that shredding the unwanted items might be just the thing to create new materials.

To demonstrate, scientists removed zippers, buttons and other solid details from the clothing before shredding the material and adding chemicals designed to bond the fibers together. Once bonded, the material is heated and compressed to form solid panels that are strong and water resistant, not to mention less flammable than traditional building materials.

To further modify the properties of the fiber, additional materials, such as paper, old foam and sawdust might also be incorporated into the mixture. This type of modification will result in material with different colors and textures, with some end products even mimicking the look of wood, stone or ceramic.

Durable enough to be used as flooring, the material's unique colors and textures make it suitable for use on walls. The inconsistency of the color and texture, however, could present a roadblock to its commercial viability as most people want uniformity, particularly on their walls.

According to Veena Sahajwalla, a scientist behind the project, the solution could potentially be a simple one: “It might just be a case of needing to mix in more of a particular component if you want to adjust the properties.”

There are several applications that might benefit from the addition of old clothing and other discarded fabrics. Like a recent report where builders are turning old duvet covers into insulation in structure walls, old clothing can also be used for that purpose. Likewise, discarded material could also be used to fill plush toy animals or as furniture filling.