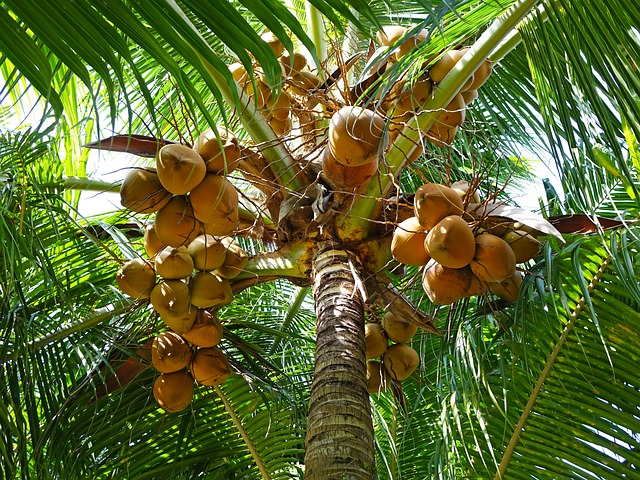 Recently anointed, in certain circles, a universal cure-all, coconut oil (or more specifically, compounds derived from coconut oil) has proven itself again — this time as an insect repellent more powerful than DEET.

Traditionally, DEET has been the gold standard by which all other insect repellents are measured, offering effective and long-lasting solutions to insect control. Yet, as health concerns and increased regulations dominate the chemical landscape, consumers are calling for longer-lasting and more effective plant-based repellents.

Now, scientists from the USDA’s Agricultural Research Service (ARS) are answering that call, revealing that specific fatty acids found in coconut oil can repel with long-lasting effectiveness a variety of insects, including bed bugs, mosquitoes, biting flies and ticks.

Led by entomologist Junwei (Jerry) Zhu with the ARS Agroecosystem Management Research Unit in Lincoln, Nebraska, the team of scientists discovered that the compounds in coconut oil effectively warded off biting insects and bed bugs for two weeks while warding off ticks for one week in lab tests.

Additionally, in higher concentrations, the coconut oil compound proved to be significantly effective against mosquitoes when applied to the skin.

According to Zhu, most plant-based repellents currently on the market are only effective for short spans of time.

Quick to caution that coconut oil alone is not a repellent, Zhu noted that the components making up the coconut-oil fatty acid mixture — caprylic, lauric and capric acids along with their corresponding methyl esters — are responsible for repelling the insects.

Likewise, DEET only worked on ticks and bed bugs for three days.

According to Zhu, the coconut oil compounds offer longer periods of protection than any known repellents that protect against blood-feeding insects.

The findings are published in the journal Scientific Reports.

By posting a comment you confirm that you have read and accept our Posting Rules and Terms of Use.
Advertisement
RELATED ARTICLES
Coconut Oil Not So Healthy After All
A New Use for Old Cars
Sesame Seed Oil as Industrial Lubricant
Scientists create insect ice cream, maggot sausage to promote alternative food sources
The Truth About the Chemicals in Your Sunscreen
Advertisement