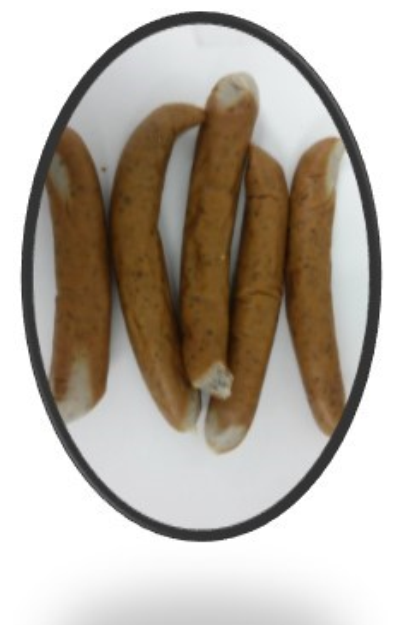 Scientists from the University of Queensland in Australia believe that incorporating insects into pre-prepared dishes might dispel the initial resistance consumers have to ingesting protein-rich insects in lieu of meat such as beef, which is environmentally taxing to produce. It takes approximately 1,800 gallons of water to make just 1 lb of beef.

As such, the scientists have been creating dishes including insect ice cream, black soldier fly chicken and maggot sausage, all to promote environmentally friendly protein substitutes. Alternative food sources could solve anticipated food shortages due to overpopulation and over-farming.

Dr. Louwrens Hoffman of the University of Queensland believes that insects need to be incorporated as ingredients into existing products. Such dishes, according to similar studies, will have greater success among those in western cultures if the insects are already processed and disguised.

"An overpopulated world is going to struggle to find enough protein unless people are willing to open their minds, and stomachs, to a much broader notion of food," said Hoffman. "Would you eat a commercial sausage made from maggots? What about other insect larvae and even whole insects like locusts?"

Similarly, Hoffman's Queensland Alliance for Agriculture and Food Innovation research is also investigating the use of maggots as a protein source for the production of chickens. Researchers determined that broiler chickens with a diet that includes 15% insect larvae did not experience any negative effect on the chickens’ nutrients, production performance, breast meat aroma, tenderness, juiciness or long-chain fatty acid composition.

This I think is what Marie Antoinette was referring to when she said "Let them eat cake" , her scientists had been tasked with finding alternative food sources because the peasants were starving, they came up with an alternative, bacterial cake from waste....she thought, and rightly so, that nobody would eat something so disgusting...and she had them laughed out of the palace...So without an alternative she gave up, as this had been her last and best hope of feeding the hungry....Slightly drunk at the time feeling she had failed, the servant approached her to say that a hoard of peasants were at the palace gates asking for food, she was weary of this problem without a solution, and out of frustration proclaimed, "Let them eat cake" as a jab at her scientific advice....When the servant repeated the Queens' words to the peasants at the gate, they asked what that meant...A scientific scholar who was watching the proceedings stepped forward and began to explain that the biological cake that formed and grew in the sewers of the city was actually high in protein and nutrition and could save the peasants from starving....a momentary pause before somebody shouted, she wants us to eat shit!!...and the crowd went wild....and now you know the whole story.....

Thanks, I always wondered where that term "eat shit" came from.

Want some crickets for lunch? Check this out:

Maggots? No, thank you. But, locust sounds good. If for nothing else, sweet revenge. Locust have been devastating crops and condemning people to starvation for millennia. No better way to get back at them by eating them. Now, that's what I'd call poetic justice.

I'm OK with eating insects, as long as it's been processed through a chicken or fish first!

Years ago, I read somewhere (maybe Mother Earth News) that you could boost your talapia fish farm operation by suspending road kill over the pond with hardware cloth. The maggots fall through the mesh when they have plumped up. The fish eagerly snap up each falling maggot and poof you get high quality protein and fats from what normally goes to waste. Very clever, especially if you are not squeamish, live near a road kill hot spot, have a skid steer grapple to pick up the bounty, and are certain that the road kill was not poisoned prior to getting hit.

many other counties eat insects in their diet. However a vegetarian diet is more appropriate for me than an insect diet. Plants and beans offer many protein alternatives.

Realize that plant proteins often come with lectins that non-ambulatory plants make to dissuade animals from eating their valuable nutrients. Many humans react to lectins, especially those in uncooked beans. You should not assume a diet is safe just because it is vegan. Plants need to protect themselves and some do it dramatically.