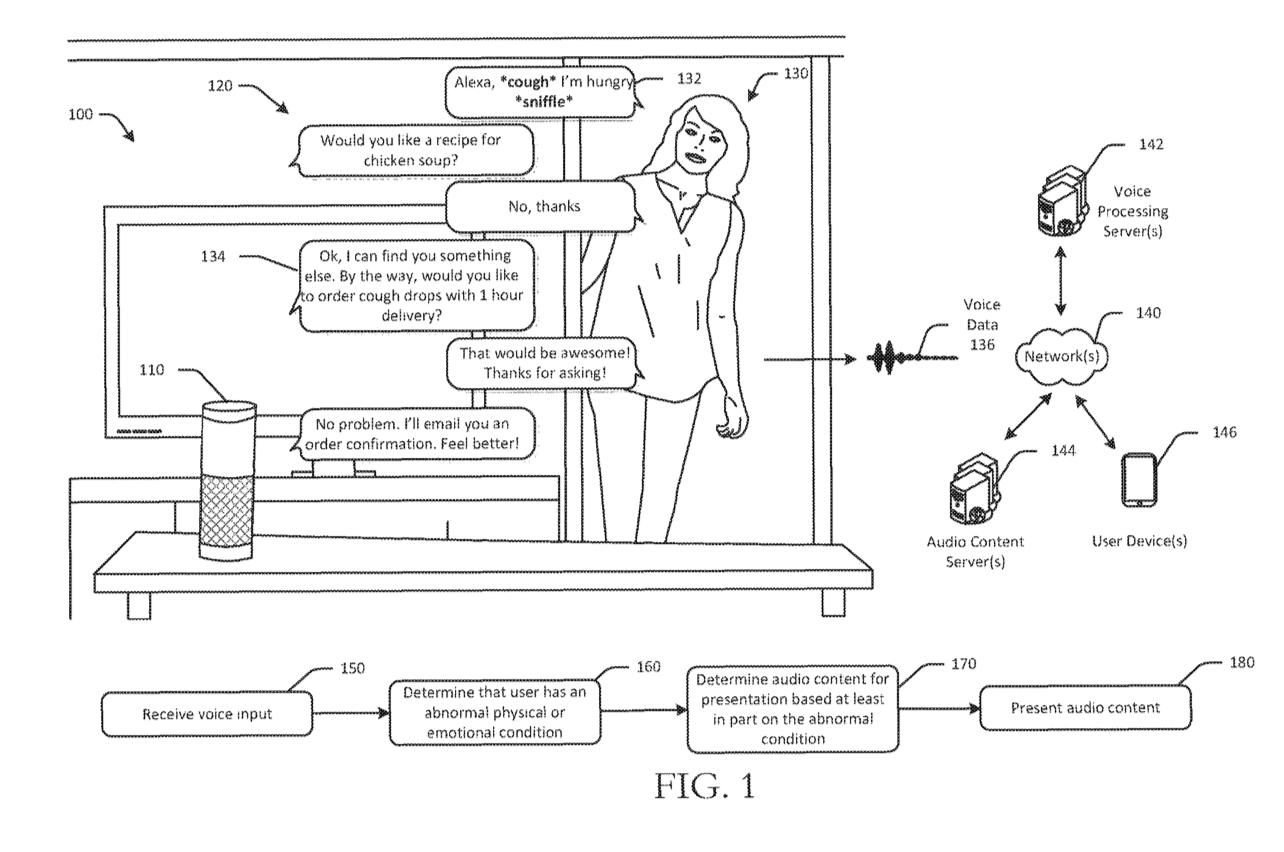 According to a recently filed patent, Amazon is planning to enable its AI assistant Alexa to determine whether or not a user is sick based on voice changes.

The patent, which was filed earlier this year under the title "Voice-based determination of physical and emotional characteristics of users," was made public earlier this month and will rely on the user’s tone of voice and sounds such as sniffling or coughing to determine whether the user is unwell, prompting Alexa to recommend remedies such as chicken soup or cough medicine.

In addition to this illness-detecting feature, Amazon also envisions that Alexa will soon remedy user boredom by suggesting activities such as going to the movies or buying a new album.

If the patent becomes reality, Amazon can expect critics of the scheme to argue that the feature is invasive while proponents will likely see the value in this customized technology.

By posting a comment you confirm that you have read and accept our Posting Rules and Terms of Use.
Advertisement
RELATED ARTICLES
Sonos is about to introduce its own voice assistant
More sophisticated voice-copying algorithms successfully fool voice-recognition devices
Amazon employs "thousands" to listen in on customer exchanges with Alexa
'Creepy' Laughter Coming from Alexa
Amazon Sued Over Alexa Technology
Advertisement