Nanowire Calculator Is a Step Toward Optical Computers 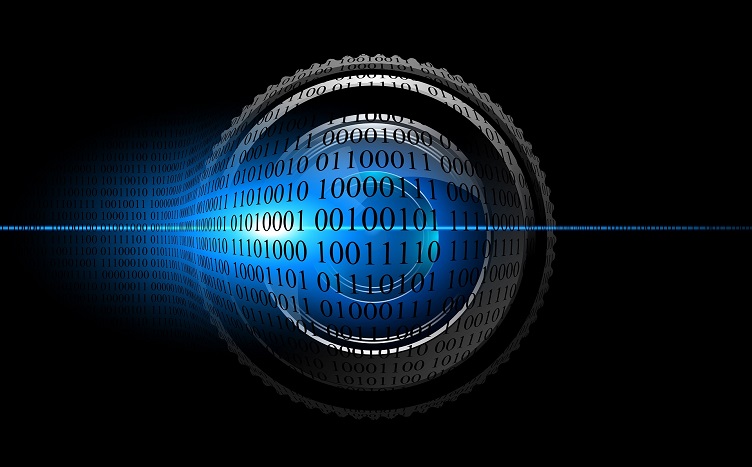 Researchers have created nanoscale logical circuits that function not through electricity, but light. Source: geralt/CC0 Creative Commons, via Pixabay

Based on the finite capacity of transistors, modern integrated circuits are approaching their limits. This fact has fueled activity in the field of nanophotonics - the study of light’s behavior and its interactions with objects at the nanoscale. One of the ultimate goals is the realization of true optical computing.

Now, an interdisciplinary team of researchers at Aalto University in Finland has taken a key step in optical computing’s direction. In a new study published in Science Advances, they have demonstrated nanoscale logical circuits that function just like a pocket calculator, except that instead of using electricity, the circuits use only light.

The researchers took a novel approach to building a nanostructure that could perform binary operations. They started with two different types of one-dimensional nanowires - one is made from indium phosphide (InP), the other from aluminum gallium arsenide (AlGaAs); both are semiconductors. Although nanowires are exponentially thinner than the diameter of a human hair and are typically used in random, as-fabricated alignments, they can be mechanically “combed” to align them in a specific direction. And through repetition, they can be set into an ideal perpendicular alignment that allows integrated devices to be built.

“(It’s) similar to how people comb their hair in the morning,” said Dr. Henri Jussila, who completed post-doctoral study at Aalto University.

The nanowires then function like nanosized antennae for lights, similar to the way that an antenna in an old radio receiver works, receiving signals only when pointing in the optimal direction. The nanostructure serves as a nanowire network, allowing input light to choose which of the two nanowires to interact with. Depending on the input, the nanowires either interact with the input light or not. Since the response of the different nanomaterials varies, the light output of the fabricated structure can be switched with different wavelengths and light direction to carry out logic operations.

On the basis of these operations, the researchers explained, the network enables all-optical, arithmetic binary calculations. The nanostructures could ultimately be used as a building block of on-chip, all-optical logic components.

By posting a comment you confirm that you have read and accept our Posting Rules and Terms of Use.
Advertisement
RELATED ARTICLES
Squeezing Light Into New Miniature Devices
Mass Fabrication Comes to Nano-optical Devices
Clear, Panoramic View from Miniature Lenses
A Mutual Nano-Coupling
Nanowire Inks for Paper-Based Printable Electronics
Advertisement