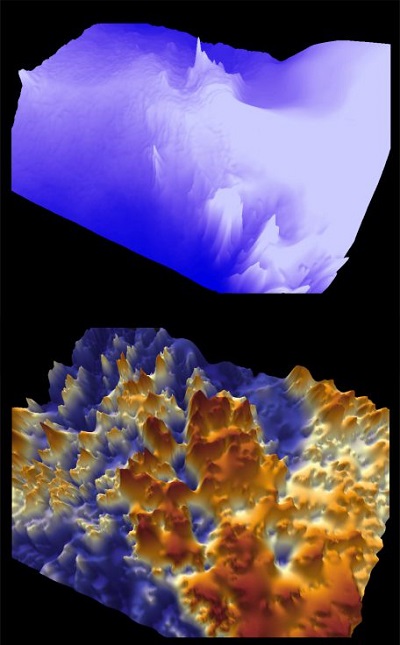 Foundation Trough is more than 350 km long and 35 km wide. Source: British Antarctic Surveyproject reveal previously undiscovered mountain ranges and three huge, deep subglacial valleys. The significance of the aerogeophysical survey results is that these valley troughs could accelerate the flow of ice from the center of the continent toward the coast. If ice sheets thin due to climate change, the increased flow of ice could raise global sea levels.

The Foundation Trough is the largest valley, measuring more than 350 km long and 35 km wide. Such topographically-controlled corridors could facilitate enhanced flow of ice further inland, and could lead to the West Antarctic ice divide moving. The new data will enable ice sheet modelers to predict what will happen if the ice sheet thins and provide a better understanding of how the parts of the great Antarctic ice sheets near the South Pole can evolve in response to glaciological change around their margins.

Satellite data are available to help image the surface of the Earth and its deep interior, but an information gap has existed around the South Pole area, which is not covered by satellites due the inclination of their orbits. The PolarGAP project was designed to fill in the gap in the satellite data coverage of the South Pole and in particular acquire missing gravity data.

The research has been published in the journal Geophysical Research Letters.