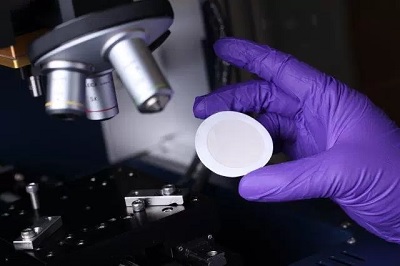 Potable water is an essential resource and while a plethora of technologies exist that produce clean water, their economic feasibility is debatable. As nanotechnology has pushed the bounds in every other industry, its presence in the water filtration market is beginning to take hold.

Graphene is best described as a carbon-based 2D structure. It is, in essence, a single atomic plane of graphite where all of the carbon atoms are bound in a hexagonal lattice. Its exceptional tensile strength, thermal conductivity and electric conductivity have gained wide appeal. It is seen as a “wonder material” and the future of nanotechnology. One example of its exceptional functionality is portrayed as manufacturers investigate the feasibility of using graphene to produce 2D membranes with engineered pore sizes. It is a novel concept that can reduce the cost of desalination.

The global water desalination market has been growing at an unprecedented rate as it is one of few viable options for meeting future needs of fresh water and potable water. As the exceptional growth rate continues, operating costs seem to be the largest hindrance.

Desalination of seawater and brackish water is predominantly accomplished by one of two existing technologies either membrane-based reverse osmosis (RO) or thermal distillation.

In RO, feed water is pushed through a semi-permeable membrane. The system relies on high pressure pumps to overcome osmotic pressure and generate permeate with 95 to 99 percent of dissolved salts removed. Using the cross-flow principle, the membrane does not collect contaminants but rather rejects them, producing two output streams, a saline brine and purified water.

As more and more nations assess the potential benefits of a new desalination plant, graphene may be the key to tipping the scales toward wider adaptation of the membrane-based RO method with its potential to drive down operating costs.

Development of nanoporous graphene has been an interesting field of study for researchers at the Catalan Institute of Nanoscience and Nanotechnology (ICN2). Their report, “Bottom-up synthesis of multifunctional nanoporous graphene” published April 13, 2018, in the journal Science describes how they were able to produce nanometer-sized pores in an otherwise impermeable sheet of graphene.

The material could serve as a highly efficient molecular-sieve membrane as well as a new semiconductor material that could revolutionize the electronics industry. Scaling the production of nanoporous graphene is still a challenge and while work progresses there is another solution that is now available from G2O Water Technologies.

G2O Water Technologies' graphene coated membranes incorporate a graphene oxide coating on top of a traditional polymer membrane. They are fouling-resistant membranes that offer higher flux rates, which drives down the costs of RO.

The simplicity of the design allowed G2O to expedite the time to market while offering significant benefits due to the superior characteristics of graphene. Tim Harper, CEO and founder of G2O is a former European Space Agency scientist who received £1.5 million in funding from Innovate UK to develop these graphene coated membranes.

By posting a comment you confirm that you have read and accept our Posting Rules and Terms of Use.
Advertisement
RELATED ARTICLES
Graphene Membrane Advances Desalinization Technology
Control over water friction via 2D materials could lead to 'smart membranes'
Desalination membrane based on nanowood
Stamp-Sized Graphene Could Filter Specific Molecules in Healthcare Technologies
AI boosts water desalination efficiency
Advertisement