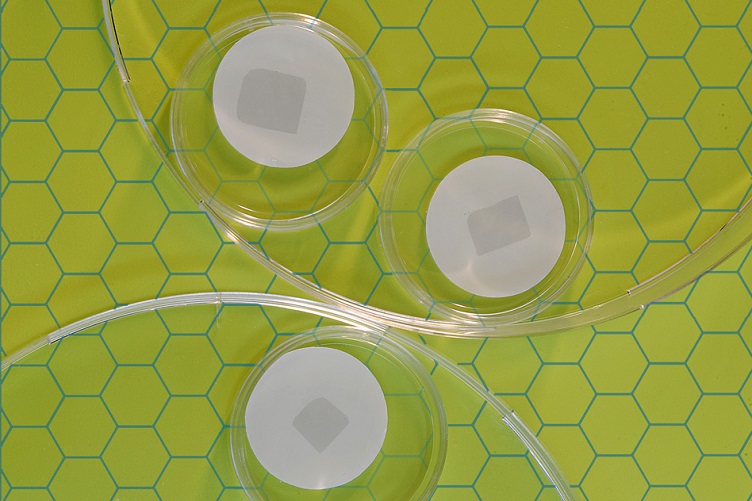 Large squares of graphene that can filter out small molecules and salts. Source: MIT

A new method has been developed to put microscopic holes into graphene as the material is grown in the lab, allowing for the fabrication of large sheets of graphene about the size of a postage stamp with pores that could make filtering certain molecules out of solutions vastly more efficient.

The method was discovered by researchers at MIT who found that although these holes would typically be considered unwanted defects, they can actually offer advantages in the healthcare field, for instance with dialysis. Thicker polymer membranes are typically used in laboratories to filter out specific molecules from solutions such as proteins, amino acids, chemicals and salts.

The method could improve dialysis membrane technology because the material would take far less time for small molecules to pass through graphene than through much thicker polymer membranes.

Researchers found that turning down the temperature during the normal process of growing graphene will produce pores in the exact size range as most molecules that dialysis membranes aim to filter. The technique could be integrated into any large-scale manufacturing of graphene, such as the roll-to-roll process that the team had previously developed.

“If you take this to a roll-to-roll manufacturing process, it’s a game changer,” says Piran Kidambi, formerly an MIT postdoc and now an assistant professor at Vanderbilt University. “You don’t need anything else. Just reduce the temperature, and we have a fully integrated manufacturing setup for graphene membranes.”

While researchers are unclear as to why lowering the temperature creates nanoporous graphene, they suspect it has something to do with the gas in the reaction being deposited onto the substrate.

“The way graphene grows is, you inject a gas and the gas disassociates on the catalyst surface and forms carbon atom clusters which then form nuclei, or seeds,” Kidambi said. “So you have many small seeds that graphene can start growing from to form a continuous film. If you reduce the temperature, your threshold for nucleation is lower so you get many nuclei. And if you have too many nuclei, they can’t grow big enough, and they are more prone to defects. We don’t know exactly what the formation mechanism of these defects, or pores, is, but we see it every single time.”

MIT was able to fabricate nanoporous sheets of graphene but the material was incredibly thin and pocketed with holes that would likely come apart if any solution was to flow across it. The researchers put a thicker supporting layer of polymer on top of the graphene to help prevent this.

The support layer was able to withstand normal dialysis procedures but even if target molecules were to pass through the graphene, they would be blocked by the polymer support. The team ultimately found that by submersing the stack of copper, graphene and polymer in a solution of water, and using conventional processes to etch away the copper layer, the same process naturally created large pores in the polymer support that were hundreds of times larger than the pores in the graphene. Using this method, they were able to create sheets of nanoporous graphene, each measuring about 5 square centimeters.

The next steps involve tailoring the size of the graphene pores to precisely filter molecules of various sizes.

The full research can be found in the journal Advanced Materials. 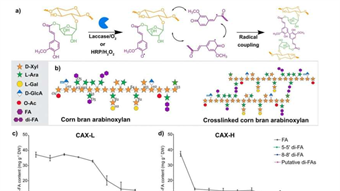