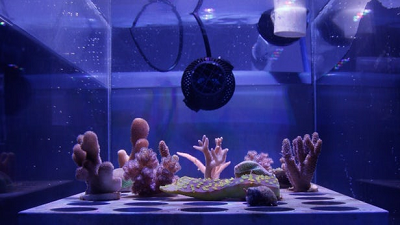 The biodegradable "sun shield,’" 50,000 times thinner than a human hair, sits on the water surface above the corals, rather than directly on the corals, to provide an effective barrier against the sun and prevent bleaching. The one molecule-thick material contains calcium carbonate, the same compound used by corals to build their skeletal structures.

The floating film is not yet ready for wide-scale deployment. Additional refinements are needed prior to use on a local level to protect high-value or high-risk areas of reef.