Researchers from UC San Diego and the Scripps Institution of Oceanography’s 100 Island Challenge teamed up to create imaging software that tracks coral recovery after a major bleaching event. 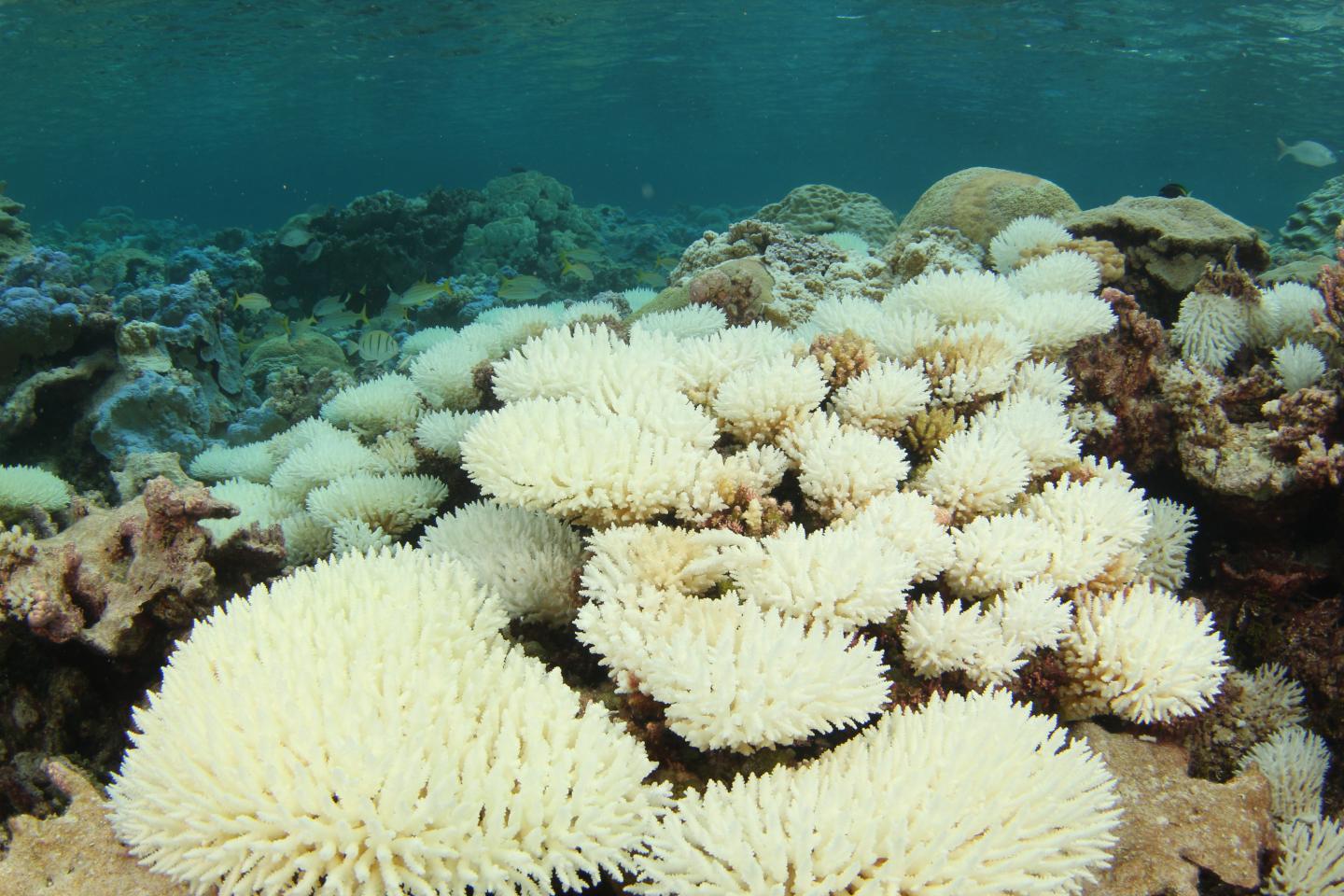 This is bleaching at Palmyra Atoll in 2015 (Source: Brian Zgliczynski)

The team used a long-term data set of thousands of images of the Palmyra reef that were gathered over eight years. The images were stitched together with custom software to create a 3D photomosaic of the ecosystem. This technology was developed by the 100 Island Challenge researchers, who are dedicated to studying the world's coral reefs.

Coral and algae have a mutually beneficial relationship. The coral provides algae with shelter and access to the sun, and in return the algae share the nutrients it is producing through photosynthesis. Coral gets its bright coloring from algae living inside polyps. Polyps are tiny, transparent animals that live on the reef.

The photomosaics of the reefs documented regrowth of algae after 2015 and showed that dead coral was covered with reef-smothering algae. By 2016, the smothering algae were replaced with pink crustose coralline.

The team combined the images with VisCore, a custom visualization software, and reexamined the mosaics. VisCore then took over 15,000 images for every 10 m2 of the reef, processed the data and turned it into a 3D map that can be used in a virtual reality (VR) environment.

By tracking the coral recovery, researchers have a better understanding of how individual corals react and cope when under environmental stress. The reef mosaics and VisCore data allowed scientists to look for changes based on demographic cues.

Temperature changes, pollution and overfishing are the main reasons why coral bleaches. When the delicate sea environment changes, the algae is forced to leave the coral, and without the algae, the coral is left to die. But not all coral dies after a bleaching event. Coral can recover from bleaching if it has limited exposure to sun.

A paper on this technology was published in Coral Reefs.

By posting a comment you confirm that you have read and accept our Posting Rules and Terms of Use.
Advertisement
RELATED ARTICLES
3D-printed terracotta tiles could save coral reefs
Researchers build 3D-printed coral homes for fish
Protecting Coral Reefs with Floating Film
Underwater Microscope Allows In-Situ Viewing of Marine Microorganisms
Watch: Brightening clouds to conserve the Great Coral Reef
Advertisement