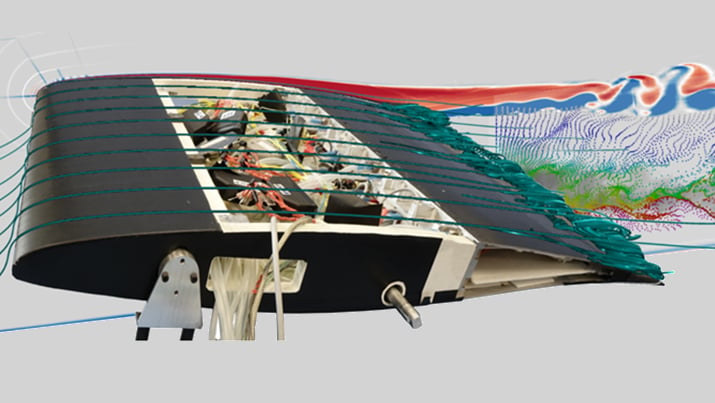 Researchers have created a wing that can change shape and vibrate along its trailing edge, mimicking the efficient aerodynamics of birds. Subscale models of the wing have demonstrated reduced drag in wind tunnel testing. If deployed commercially, aircraft equipped with the morphing wings could see fuel savings of 3 to 4 percent.

Classic airfoil shapes are designed to provide optimal performance for cruise. Aircraft transition through multiple flight states during missions, however, forcing wings to operate inefficiently in some stages. Traditionally, control surfaces such as slats and flaps are used to alter wing shape, but these components have a narrow performance range.

The new “electroactive” morphing wing improves upon existing designs. It consists of a fixed leading edge with a modified section making up the last 30 percent of the chord. On this trailing section, electrically activated shape-memory alloys (SMA) are embedded in the surface to allow camber control. The SMAs enable continuous and smooth alterations of flap shape to optimize camber for each flight regime.

On the trailing edge’s tip are piezoelectric composite patches glued on both sides of a metallic substrate. These Macro Fiber Composites (MFC) are alternately activated to generate bending moments that create millimeter-scale vibrations along the trailing edge.

The vibrations created by the actuators lead to an eddy blocking effect by introducing energy into the wake, producing small vortices that break down existing vortices. The energy acts to mix and thin the shear layer and the wake’s width, suppressing the formation of large vortices. The overall effect is reduced drag and noise. The vibrations imitate those along the trailing-edge feathers of birds of prey.

The work was carried out by a team from the Institut de Mecanique des Fluides de Toulouse (IMFT) and Laplace Laboratories. The research received funding from the European Commission through its Smart Morphing & Sensing (SMS) project, part of its Horizon 2020 research program.

With the successful results from wind tunnel testing, Airbus is proceeding to flight tests of full-scale morphing wing sections. Those trials are expected to start in May 2020 and will see the morphing flap integrated into the Airbus BLADE A340 test aircraft.