The Rolls Royce-led Advanced Autonomous Waterborne Applications (AAWA) project has created a simulated autonomous ship control system that will be connected to a satellite communications link as well as land-based systems to test the behavior of such technologies in the cargo-shipping sector. 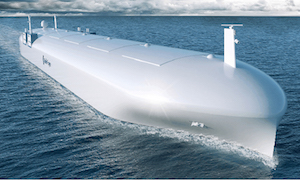 The technical, legal and safety specifications for a full-scale proof-of-concept demonstrator are expected by the end of 2017. Image credit: Rolls Royce plc. AAWA has published a white paper outlining the project’s vision of how remote and autonomous shipping will become a reality. Among the paper's observations and predictions:

· There will be no single remote or autonomous ship model but rather hybrid solutions based on the type and function of the vessel.

· The challenge in accommodating autonomous ship technologies is to find the optimal way to combine them reliably and cost effectively. The development of decision-support systems for autonomous vessels will be a gradual and iterative process and subject to extensive testing and simulation.

· The operation of remote and autonomous ships will be at least as safe as existing vessels. There is potential to reduce human-based errors, but new types of risk will arise that will need to be addressed.

· For remote and autonomous shipping to become a reality, effort is required at all regulatory levels. The legal challenges of constructing and operating a demonstration vessel at a national level need to be explored while simultaneously considering appropriate rule changes at the International Maritime Organization (IMO).

· Remote and autonomous ships have the potential to redefine the maritime industry and the roles of players in it, with implications for shipping companies, shipbuilders, maritime systems providers and technology companies from other (especially the automotive) sectors.

The next steps in the AAWA initiative are to develop and test specific technological solutions for autonomous operations using both simulators and tests at sea. Testing to determine optimal combinations of sensor technologies will be carried out aboard Finferries' 65-meter double-ended ferry Stella, which operates between Korpo and Houtskär, off the southwest coast of Finland.

The group will also carry out research to understand new risks presented by the implementation of autonomous technologies; explore the legal challenges of constructing and operating a demonstration vessel at the national level while simultaneously considering appropriate rule changes at the IMO; and establish cost and revenue models of autonomous operation for different ship types.

The outcome of this next phase will be the technical, legal and safety specifications for a full-scale proof-of-concept demonstrator by the end of 2017.