Communication between equipment and systems for the electric grid is an essential element of power utility automation, and central to the introduction of smart grids. 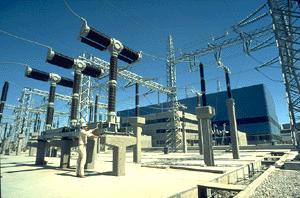 A joint standard-setting effort between IEC and IEEE may help promote smart grids.For optimum operation of the electric power process, the equipment and systems must be interoperable, meaning that interfaces, protocols and data models must be common. International standards in the IEC 61850 series, Communication networks and systems for power utility automation, prepared by IEC TC 57, play an important part in ensuring this is the case.

IEEE developed a standard for a precision clock synchronization protocol for networked measurement and control systems, IEEE Std 1588-2008, which was adopted by IEC as the dual logo IEC 61588:2009. On this basis, IEC and IEEE developed IEC/IEEE 61850-9-3:2016, a dual logo international standard specifying a PTP profile for power utility automation. This profile is a subset of IEC 61588 extended by performance specifications that allow compliance with the highest synchronization classes of IEC 61850-5:2013, Communication requirements for functions and device models, and with the highest synchronization classes of IEC 61869-9:2016, Instrument transformers – Part 9: Digital interface for instrument transformers.

While typical industrial control systems rely on millisecond synchronization, for example, through the network time protocol (NTP) over the internet protocol, grid automation relies on precision that is a thousand times better.

Ground faults are detected by measuring current values on all conductors to an object such as a bus bar (differential protection); the compared values must be sampled within 3 microseconds relative to each other. Instabilities that precede a blackout in large electrical grids are detected by a phasor measurement unit (PMU), a device which measures the electrical waves on the electricity grid. PMUs request an absolute time synchronism better than 4 microseconds between PMUs that may lie hundreds of kilometers apart. Protection relays must be operated in synchronism with the zero-crossings of the current below 1 ms of precision.

The state of the art used to be to deploy dedicated, individual wirings to the protection and control devices (IEDs) carrying inter-range instrumentation group time code B (IRIG-B) signals. The large grids’ PMUs receive synchronization through satellites, for example GPS or Galileo, but many utilities do not trust satellites because this signal could be interrupted in case of war or be spoofed by a cyberattack. Instead, they prefer time distribution over the data network, relying on atomic clocks.

Since the introduction of the IEC 61850 series of international standards, IEDs have been interconnected by Ethernet (ISO/IEC/IEEE 8802-3:2014, Standard for Ethernet). IEC 61850-8-1:2011, Communication networks and systems for power utility automation – Part 8-1: Specific communication service mapping (SCSM) – Mappings to MMS (ISO 9506-1 and ISO 9506-2), recommends synchronization by the Simple Network Time Protocol (SNTP), providing a precision of about 1 ms, which is sufficient for time-stamping events but too imprecise for differential protection or PMUs in wide-area networks.

Since 2008, the IEEE 1588 Standard for a Precision Clock Synchronization Protocol for Networked Measurement and Control Systems specified time synchronization over Ethernet with sub-microsecond precision. IEEE 1588 allows a large number of variants and therefore IEEE standardized a profile for grid automation as IEEE C37.238 in 2011.

To avoid the emergence of two competing standards and a de facto split between the U.S. market and the rest of the world, IEC and IEEE decided on an IEC/IEEE Joint Development in which the requirements of both communities are considered, while allowing for extensions to further profiles. The result was the IEC/IEEE 61850-9-3 Standard, which has now been approved both by IEC and IEEE.

The IEC/IEEE 61850-9-3 standard will support the deployment of the digital substation, especially of the process bus that ties the primary measuring equipment to the substation automation system, with considerable improvement to the engineering, commissioning and operation of substations.

By posting a comment you confirm that you have read and accept our Posting Rules and Terms of Use.
Advertisement
RELATED ARTICLES
ISA100 Wireless Standard Gains Final IEC Approval
Preventing a Cybersecurity Nightmare
Enabling Smart Grids with the Internet of Things
Wireless Standard Wins Approval
Shipping Sets Watch for Cyber Threats
Advertisement