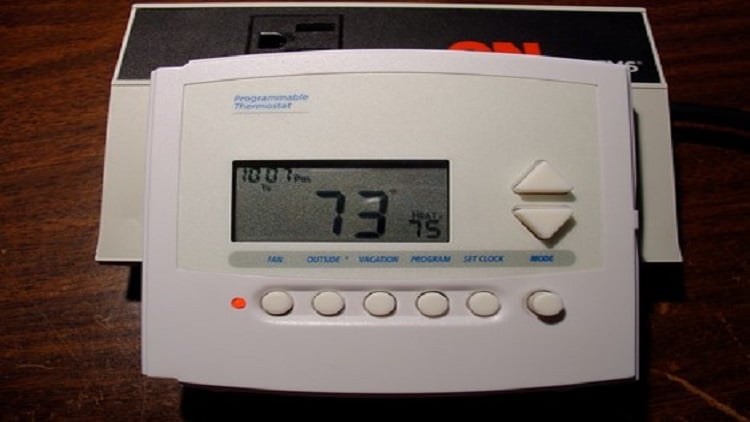 The main components of heating, ventilation and air conditioning (HVAC) systems are sensors, actuators and controllers, usually provided by different vendors and speaking different data languages. Communication protocols enable the design of standardized, vendor-agnostic HVAC systems across which all devices can communicate.

There are numerous HVAC communication protocols available, both open and proprietary. The three protocols most commonly used are BACnet, Modbus and LonTalk. Large building automation systems (BASs) primarily use open BACnet and its proprietary rival LonTalk, both of which can handle most HVAC equipment. Other protocols address specific use cases, for example DALI for lighting applications, or are region-specific, for example, M-Bus is widely used for consumption metering in Europe. Offering cost-effective solutions in industrial internet of things (IIoT) applications, the (relatively and rapidly evolving) new kid on the block is HD-PLC.

The Building Automation and Control Network (BACnet) protocol is the most commonly used communication protocol for BASs. It is the de-facto standard (ISO 16484-5, and ISO/IEC 14908-1, 14908-2, 14908-3 and 14908-4) for building automation in more than 30 countries. Maintained by the American Society of Heating, Refrigerating and Air Conditioning Engineers (ASHRAE) Standing Standard Project Committee 135, BACnet is easy to set up, supported by more than 800 manufacturers and requires no license to use.

ASHRAE is the definitive organization dedicated to the development and implementation of HVAC technologies.

The main disadvantage of LonWorks is that it requires the use of a proprietary dedicated controller, the neuron chip. Originally designed by Echelon as a general communication platform for smart devices, it was a popular BAS tool and still has a wide following but the cost is prohibitive for smaller projects. LonMark International administers the standard and provides device certification. LonWorks requires a license to use, paid for by manufacturers.

Modbus is a serial communications protocol (IEC 61158) originally developed by Modicon and now supported by Schneider Electric. It is the most widely used communication protocol for industrial electronics devices with millions of nodes globally. Modbus is considered a de-facto standard for industrial automation and can be used in BASs, particularly to connect electronic equipment. There are no license fees to use Modbus.

The DALI (stands for digital addressable lighting interface) communication protocol is used exclusively for lighting applications, for example to integrate building systems with emergency lighting applications. DALI supports bi-directional communication. It is an International Electrotechnical Commission (IEC) 62386 standard administered by the DALI Alliance (DiiA). Members may use the protocol for free; non-members must pay a license fee.

M-Bus is a European standard (EN 13757-2, EN 13757-3 and EN 13757-4) designed principally for the remote reading of consumption meters like air conditioning, water, gas and electricity meters in HVAC systems. Based on M-Bus, the Open Metering System (OMS) integrates all media across Europe under one standard. M-Bus does not require a license to use.

The Konnex (KNX) protocol is popular for use in European BASs but KNX complies with numerous global standards including ISO/IEC 14543-3 and ANSI/ASHRAE 135. In Europe, sometimes it is called the European Installation Bus (EIB). KNX has a tree topology, suitable for use in large networks. BMSs typically use KNX, while BASs tend to use BACnet. The KNX Association supports the standard and administers product certification processes. It requires a license to use, paid for by manufacturers.

OPC Unified Architecture (OPC UA) is a widely adopted de-facto standard for data communication between devices from different vendors. OPC stands for Open Platform Communications. It provides connectivity in building automation between different protocols, for example those used by standalone security, lighting and heating applications, and complex HVAC systems. The OPC Foundation provides developers with tools to build and test applications, and administers compliance certificates. OPC UA requires a license to use, paid for by manufacturers.

EnOcean is a wireless communication protocol (ISO/IEC 14543-3-10) administered by the EnOcean Alliance. It specifies energy-harvesting techniques for the development of easy-to-use, economical and environmentally friendly devices for building automation applications like lighting control. EnOcean sensors are entirely self-powered. EnOcean is a non-profit but a license is required, paid for by manufacturers.

ZigBee is a wireless standard (IEEE 802.15.4) developed by the ZigBee Alliance and currently administered by the Connectivity Standards Alliance (CSA). ZigBee is distinguished by its mesh network, which makes it very reliable. It is used extensively in sensor networks for home automation and commercial projects and has a range of up to 300 ft. A fee is required for commercial use.

Clipsal C-Bus is an open protocol developed for use mainly in home automation to control lighting, audiovisual and other electrical devices. It is administered by the C-Bus Enabled Program, which provides certification for commercial products and accreditation for developers and vendors. The C-Bus model source code is open source (since 2009) but vendors may charge license fees for their products.

Numerous organizations, including LonMark International, have adopted HD-PLC Multi-Hop as their wireline channel standard. The HD-PLC Alliance, a private organization founded in 2007, maintains the standard (IEEE 1901 and ANSI/CTA 709.8). HD-PLC is open technology but manufacturers have to be a member of the Alliance to use the HD-PLC logo on their products.

While adversaries from the "Protocol Wars" during the late 1900s have laid down verbal arms, individual battles continue. It is probable that protocols required in the industrial internet of things (IIoT) will be specialized, focusing on heating, lighting, cooling or ventilation applications, or designed for particular environments or regions.

There will also be competition to develop universal communication platforms that enable connections between numerous devices from different vendors. For example, Google’s patent for a control system protocol for an HVAC system aims to enable "communication between an integrated system of individual controllers for interactively controlling various components in the HVAC system."

There are other communication protocol challenges in HVAC systems. Not all protocols are compatible, for instance LonWorks and BACnet devices are not (easily) interoperable. Conversion and integration platforms can help integrate devices that use different protocols. Some popular solutions include Intesis MAPS (Multi Addressing Points Solution), SAIA Burgess Controls interface modules, and Control Solutions’ LonWorks to BACnet Gateways.

By posting a comment you confirm that you have read and accept our Posting Rules and Terms of Use.
Advertisement
RELATED ARTICLES
How an IIoT system enables remote monitoring of factory processes
Managing Energy Use in Commercial Buildings
High-flow butterfly valve for HVAC applications
Butterfly Valve for HVAC Applications
DunAn Microstaq Inc. expands its MSEV valve family
Advertisement