Exelon Corp. says it will shut down the Clinton and Quad Cities nuclear plants. The utility cites what it says was a "lack of progress on Illinois energy legislation." 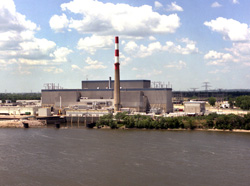 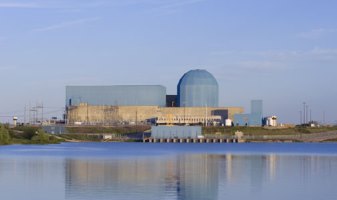 The single-unit, 1,078 MW Clinton nuclear station.The utility says that the path forward for consideration of so-called "Next Generation Energy Plan" legislation is not clear. As a result, Exelon says it has begun taking steps to shut down the plants. These include:

“The importance to incentivizing continued operation [of nuclear plants], I think, is very clear, but the solutions are less clear,” Bloomberg quoted Moniz as saying at a May 19 Energy Department summit titled “Improving the Economics of America's Nuclear Power Plants.” The economics challenging existing nuclear plants in competitive markets, which are leading to early plant retirements, have unintended consequences of shutting down some of the most reliable, carbon-free baseload generation in the country, Moniz reportedly said.

Nuclear Energy Institute President and CEO Marvin Fertel says that 15 to 20 reactors are at risk of premature shutdown over the next five to 10 years. NEI says that five reactors have closed "prematurely" in the past few years, and companies have announced plans to close three more—FitzPatrick, Pilgrim and Oyster Creek. Collectively, NEI says these eight reactors would avoid 25 million short tons of carbon emissions annually, assuming all that generation were replaced with new natural gas combined-cycle power plants.

By posting a comment you confirm that you have read and accept our Posting Rules and Terms of Use.
Advertisement
RELATED ARTICLES
Two Big Nukes at Risk After PJM Auction
Nukes Took It on the Chin in PJM Auction, Raising the Stakes for Their Survival
Court Tosses Challenge to Nuke Zero-Emission Credit
Three Mile Island Nuke to Close in 2019: Exelon
Could Retirements Push U.S. Nuclear Power Off a Cliff?
Advertisement