Turning Off Asthma and Allergies with PLGA

A team from Northwestern University has developed a technology that could turn off food allergies for life and halt asthmatic responses. 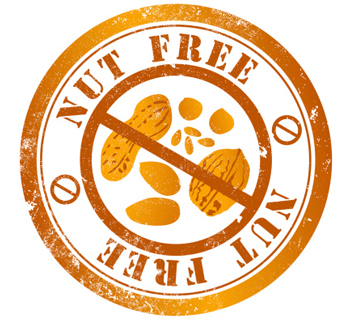 The research findings indicate that once the body has accepted the allergen and has not reacted to it, it resets the body’s response to the allergen without the so-called “Trojan horse,” effectively eliminating the allergic response to the food (or even environmental allergen, like ragweed).

To achieve their results, nanoparticles of a specific allergen were loaded into a Food and Drug Administration-approved biopolymer already in use, called PLGA. The allergen-rich nanoparticles were injected into the body, which, because of the PLGA shield, doesn’t recognize the allergen, and affects no response.

The nanoparticle allergens are consumed by a macrophage, a type of vacuum-cleaner cell that tells the body both substances are innocuous. Sensing that the substances can do no harm, the immune system cancels any anaphylaxis telling the body to reset itself to normal – without an allergic reaction to the substance.

Additionally, the process helps balance the overall immune system. It increases the number of regulatory T cells, the type that recognize airway allergens as benign, and shuts down Th2 T cells that cause the allergy. The method is being trialed for treating multiple sclerosis and celiac disease in previous preclinical work by Northwestern research.

By posting a comment you confirm that you have read and accept our Posting Rules and Terms of Use.
Advertisement
RELATED ARTICLES
Low-allergen, non-GMO soybeans could be a step towards lowering food allergy reactions
Company to treat peanut allergies with toothpaste
A peanut allergy skin patch can prevent allergic reactions
Keychain Detects Allergens in Foods
Preventing Errors on Food Labels
Advertisement