Low-allergen, non-GMO soybeans could be a step towards lowering food allergy reactions

Eliot Herman, a member of the Crop Science Society of America, recently created a new, low allergen soybean with the goal of lowering food allergy reactions.

Around 7% of children and 2% of adults have a food allergy. Food allergies cost $25 billion in healthcare per year. Herman set out to study why plants trigger allergic reactions and he aims to reduce a person’s chance of a reaction. To do this, he focused on soybeans. Soybean allergies affect children and infants in particular, which is a struggle because soybean products are in countless food products. 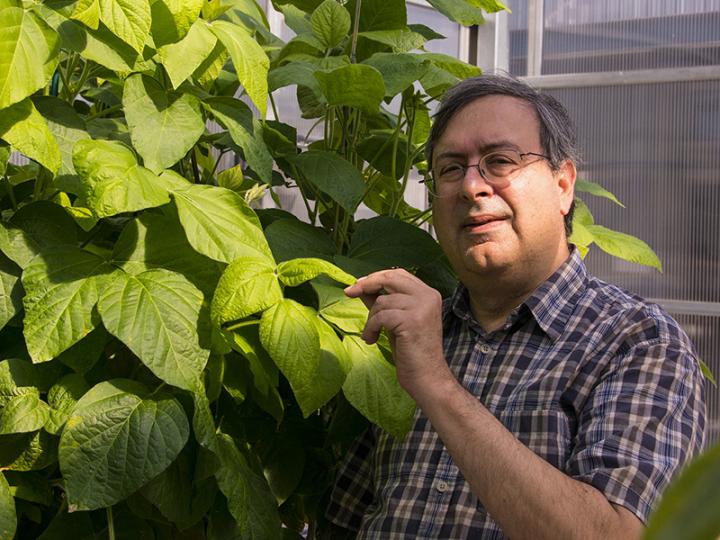 Herman had already studied the protein in soybeans that is responsible for most allergic reactions. Now, he is dedicating his work to understand why the protein is so aggravating and how to reduce it in the crop. In the past, Herman has created a soybean crop with genetic engineering, creating a GMO soybean that has less allergens. While this soybean was promising, there is still a call for a non-GMO soybean crop that doesn’t have the allergen protein.

To conduct his research, Herman used animal models. Pigs sometimes have a soybean allergy in the same way as humans. Herman worked with a team who bred pigs that were extra sensitive to soybeans because testing new crops on children are not possible. He also worked with USDA to create the natural, non-allergenic soybean. The new soybean is a cross between GMO soybeans and a commonly grown soybean.

The new soybean is a low allergen prototype that will be tested as a conventional, non-GMO line that eliminates allergic response. Hypersensitive pigs will be used to test if the new soybeans are safe for allergic humans.

This research is good news for humans and animals. Pigs are often fed soybeans because it is a cheap food option, so a low allergen option would lower the number of allergic responses. Dogs also have a high allergen response to soybeans and they are often used in dog foods. A low allergen soybean would help man’s best friend too.

This research was presented at the 2020 ASA-CSSA-SSSA Annual Meeting.

Re: Low-allergen, non-GMO soybeans could be a step towards lowering food allergy reactions
#1

The following is a list of foods containing soy.

"Only 4% of adults are allergic to a food, and even those who begin life with the most common food allergies — to milk, eggs, wheat, and soy — are likely to outgrow them by the time they enter kindergarten."