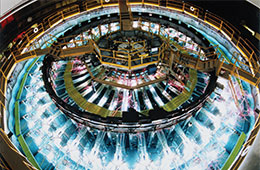 The Industrial Internet Consortium has established its eleventh Industrial Internet testbed. Testbeds are a major focus of the IIC, says Dr. Richard Soley, the organization’s executive director. He says they provide an arena where industrial internet innovations can be “initiated, thought through, and rigorously tested to ascertain their usefulness and viability before coming to market.”

The eleventh IIC testbed established to date, the TSN testbed will be used to demonstrate real-time capability and vendor interoperability, the consortium says. It says that the testbed will combine different critical control traffic (such as OPC UA) on a single, resilient wireless network; provide feedback on the ability to secure TSN functions; and show the ability to incorporate high-performance and latency-sensitive applications.