Researchers from the University of Michigan have developed a coating that quickly kills bacteria and viruses and does so for months on end.

Engineers and immunologists at the university demonstrated that their new coating, applied to everyday items such as cell phone screens, keyboards and cutting boards, was capable of destroying SARS-CoV-2 — the virus that causes COVID-19 — E. coli, MRSA and various other pathogens in the lab. Likewise, the coating killed around 99.9% of microbes, even after frequent cleaning and abrasion over several months. 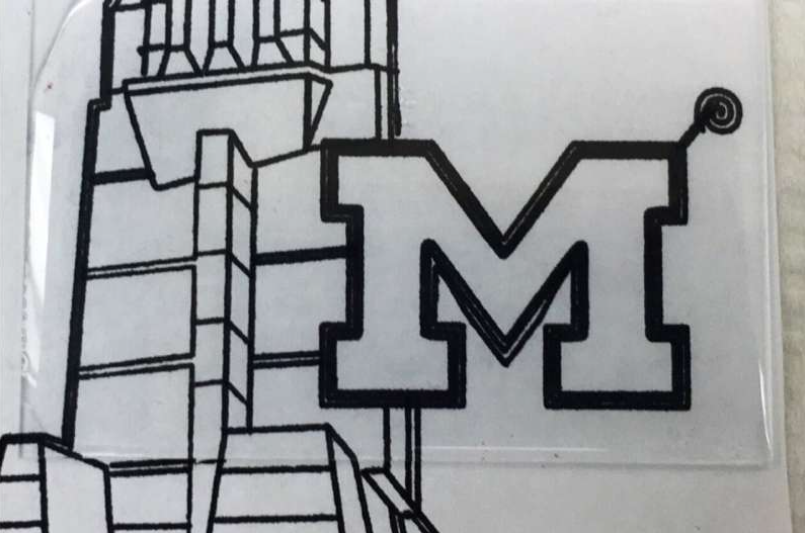 The image remains clear even through a thick layer of the antimicrobial coating. Source: Anish Tuteja, University of Michigan

The coating, which can be either brushed or sprayed on surfaces, is composed of antimicrobial molecules derived from tea tree oil, cinnamon oil and mixed with polyurethane, which is a varnish-like sealant.

To create the clear coating, the researchers combined the oils and polyurethane via partial crosslinking, wherein heat is used to link some of the materials together at the molecular level. The process of partially crosslinking the molecules, however, leaves some of the oil untethered enough to penetrate the cell walls of bacteria while the other oil molecules remain tightly bound to the polyurethane.

According to the researchers, germs were kept off the coated surfaces for as long as six months before the oil evaporated and thus reduced the disinfectant properties. Once that occurred, the researchers wiped the previously treated surface with fresh oil, which subsequently recharged the surface as the new oil was re-absorbed by the surface.

"We've never had a good way to keep constantly-touched surfaces like airport touch screens clean," the researchers explained. "Disinfectant cleaners can kill germs in only a minute or two but they dissipate quickly and leave surfaces vulnerable to reinfection. We do have long-lasting antibacterial surfaces based on metals like copper and zinc, but they take hours to kill bacteria. This coating offers the best of both worlds."

The University of Michigan team is eyeing the coating for use in airports, hospitals and other public places.

The article detailing the research, Surfaces with instant and persistent antimicrobial efficacy against bacteria and SARS-CoV-2, appears in the journal Matter.

By posting a comment you confirm that you have read and accept our Posting Rules and Terms of Use.
Advertisement
RELATED ARTICLES
Scratching the surface of COVID-19 — The coating, film and other surface technologies to emerge from the pandemic
Team develops hard coating to protect surfaces in the food processing industry
Coating protects against harmful viruses, bacteria for 12 months
Coating eliminates all traces of Listeria in food manufacturing plant
UV-LED coating effectively self-disinfects surfaces
Advertisement