A team of scientists from Pohang University of Science & Technology (POSTECH) in South Korea is proposing the development of a sensor platform that detects light exposure using a universal metahologram to ensure that products such as sensitive vaccines are not exposed to light and thus damaged and discarded.

According to its developers, metaholograms — which are composed of metamaterials — display various holographic images based on the direction of incident light, which is the light that falls on a subject. 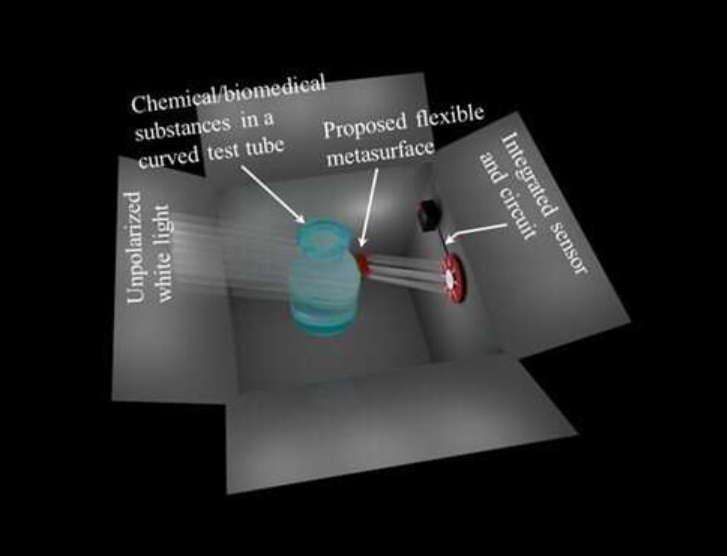 The team has eyed metaholograms for next-gen displays and as security sensors based on their ability to display several images at once, to operate under all states of polarizations and to transmit multiple lights.

The researchers overcame this obstacle by fabricating a metahologram capable of emitting brilliant colors regardless of any incident light. Further, the team determined that the newly developed metahologram can be attached to containers that store chemicals or biomaterials and function as a sensor to detect light exposure.

The findings suggest that the metahologram can be used for applications such as secure packaging and transportation of light-sensitive chemical or biomedical substances. Likewise, the technology could be incorporated into intelligent packaging and labeling to prevent counterfeits and to authenticate agricultural and fishery products such as honey and kiwi, according to the researchers.

The article detailing the technology — Single-Step Fabricable Flexible Metadisplays for Sensitive Chemical/Biomedical Packaging Security and Beyond — was published in the journal ACS Applied Materials and Interfaces.

By posting a comment you confirm that you have read and accept our Posting Rules and Terms of Use.
Advertisement
RELATED ARTICLES
Brighter, Full-Color Holograms Viewed with Low Light
Silicon Metamaterial Offers Advanced Color Capabilities
Purdue researchers develop edible security tag for pharmaceuticals
CMOS Cameras: How They Work and How to Use Them
Researchers Find Link Between Light Exposure and Migraine Intensity
Advertisement