A series of tiny electromechanical robots capable of walking, jumping and swimming at high speeds faster than cheetahs relative to their size have been developed by researchers at Johannes Kepler University, in Austria.

The steerable robots, which are controlled using a magnetic field and powered using a battery pack or tether, were constructed using soft, tiny electromagnetic actuators featuring embedded liquid metal coils, according to its developers, who printed liquid metal coils onto assorted substrates to achieve different characteristics, such as bendability. 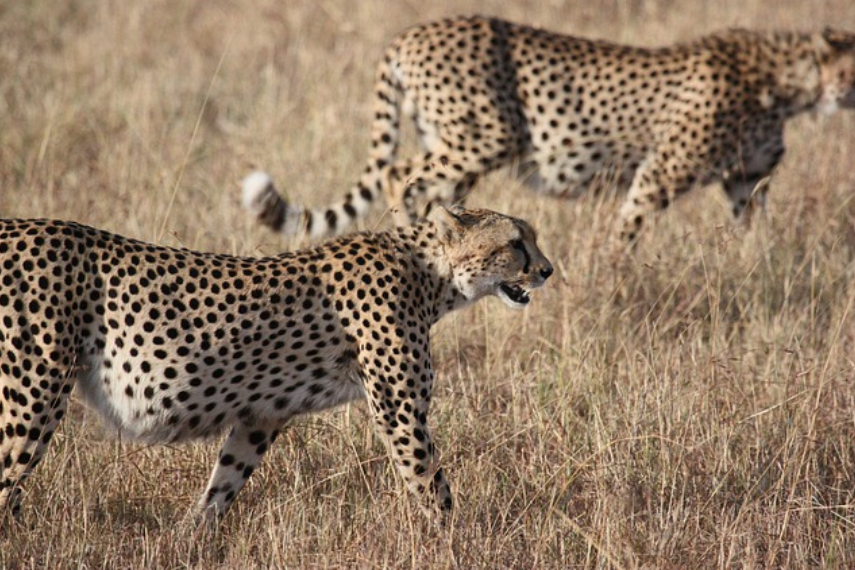 Based on how they are printed, the coils could enable different parts of the substrate to be manipulated so as to achieve some desirable capability — bending just one part could mean an electromechanical robot that mimics how fish swim; bending another part, meanwhile, might allow for the robot to jump or walk. Further, the team of researchers incorporated other elements into the design of these electromechanical robots to enhance their performance, such as adding a sawtooth or L-shaped feet.

In the lab, the researchers relied on body lengths per second (BL/s) as a measure to compare the electromechanical robots against other tiny robots as well as larger robots and animals. The team discovered that their tethered running robot could move at about 70 BL/s on its best surface and roughly 35 BL/s on arbitrary surfaces. Meanwhile, its untethered iteration with the additional weight of a battery pack could only achieve 2.1 BL/s while its swimming iteration, outfitted with a tether, achieved just 4.8 BL/s. For measure, the researchers noted that a cheetah runs at between 20 and 30 BL/s.

For more on the electromechanical robots, watch the accompanying video that appears courtesy of Nature Communications.

By posting a comment you confirm that you have read and accept our Posting Rules and Terms of Use.
Advertisement
RELATED ARTICLES
Watch: Flexible origami robot can fold more than 90 degrees
Watch as severed swimming robots repair themselves
Team building 3D-printed soft robots with gelatin-sugar ink
Watch as mini-robots are controlled via magnetic fields
Manual labor robot now available for purchase
Advertisement