To prevent the counterfeiting of alcohol, researchers from Purdue University are working to develop an edible fluorescent silk tag featuring a QR code to authenticate whiskey.

Placed inside a shot of whiskey, the edible QR code tag could be scanned by a smartphone to confirm the authenticity of the whiskey and other alcoholic spirits, which are vulnerable to counterfeiting. 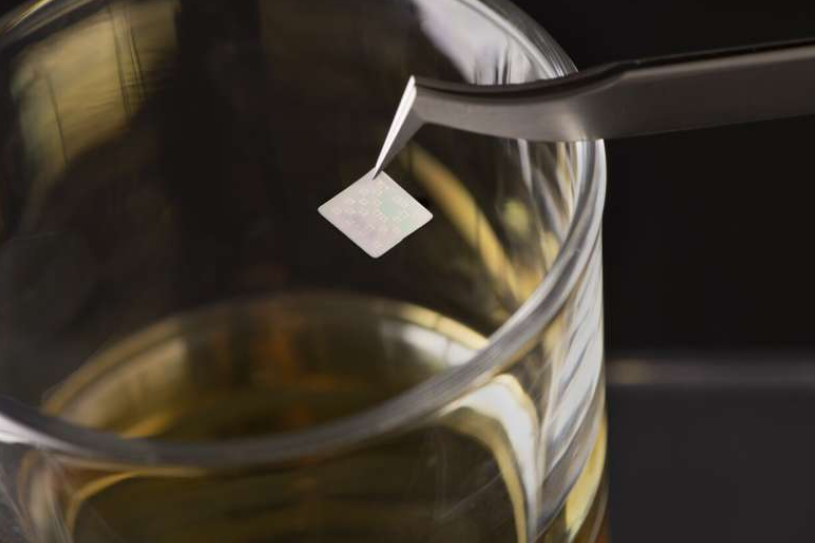 According to the Purdue team, the QR code on the fluorescent silk tag is imperceptible to the unaided eye. Likewise, the tags are also edible and do not affect the taste of the whiskey.

To create the tags, the researchers processed fluorescent silk cocoons from silkworms to produce a biopolymer that can be manipulated into assorted patterns for encoding the information.

In addition to authenticating alcohol, the researchers suggest the tags could also confirm the authenticity of pharmaceuticals.

By posting a comment you confirm that you have read and accept our Posting Rules and Terms of Use.
Advertisement
RELATED ARTICLES
Purdue researchers develop edible security tag for pharmaceuticals
Authenticating Booze with a Handheld Device
Edible bioprinting may thwart counterfeit meds
Edible QR codes promise to improve food safety, traceability
Alcohol and technology: The year in review
Advertisement