Watch as this soft pasta-like robot maneuvers a maze

A soft robot that mimics the corkscrew design of rotini pasta and that is capable of navigating complex environments has been developed by researchers from North Carolina State University (NCSU) and the University of Pennsylvania (Penn).

The corkscrew design and smart material composition of the soft robots enable them to maneuver through mazes and other complex environments without guidance from computer software or humans, according to the developers. 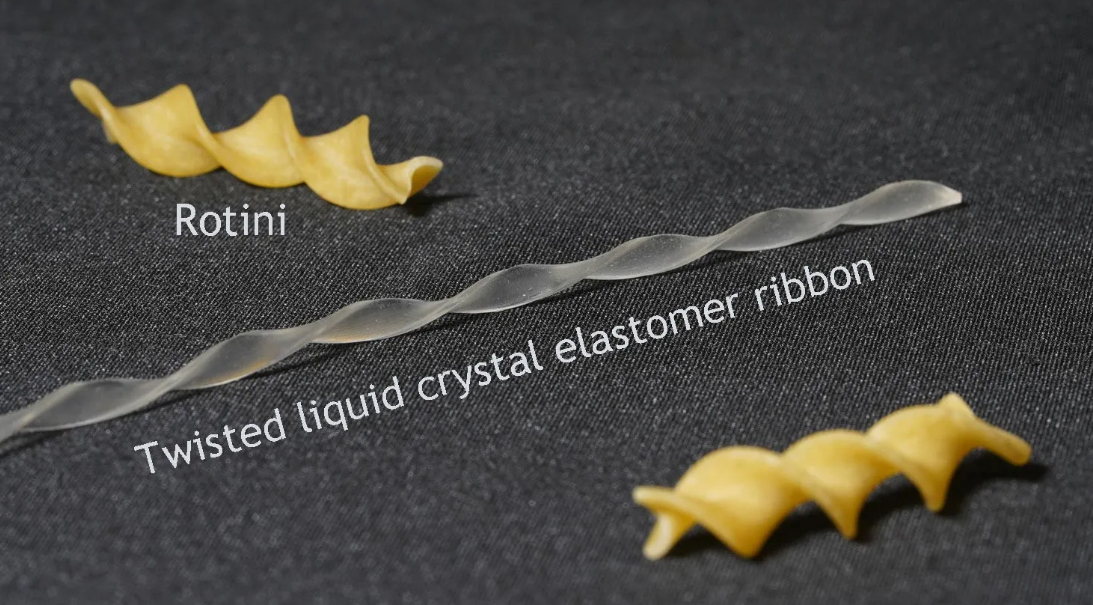 Composed of heat-responsive liquid crystal elastomers, the rotini-like soft robots were placed on surfaces heated to at least 55° C (131° F). The segment of the robot in contact with the surface contracted while the segment exposed to the air did not. As such, the robot was encouraged to roll. According to the researchers, the warmer the surface, the faster the robots will roll.

Additionally, when the robots encounter obstacles, the researchers suggest that they will self-rotate to avoid the obstacles or snap if the robots' central segments encounter an object. This so-called snap, which is the rapid release of stored deformation energy, forces the soft robots to slightly jump and then reorient themselves before landing.

“The two actions, rotating and snapping, that allow the robot to negotiate obstacles operate on a gradient,” explained Yao Zhao, first author of the paper and a postdoctoral researcher at NC State. “The most powerful snap occurs if an object touches the center of the ribbon. But the ribbon will still snap if an object touches the ribbon away from the center, it’s just less powerful. And the further you are from the center, the less pronounced the snap, until you reach the last fifth of the ribbon’s length, which does not produce a snap at all.”

The researchers demonstrated the “physical intelligence” of the soft robot as it maneuvered a maze in the accompanying video that appears courtesy of North Carolina State University.

Further, the team determined that the robot can also negotiate sand dunes in addition to the maze.

The article, Twisting for Soft Intelligent Autonomous Robot in Unstructured Environments, appears in the journal Proceedings of the National Academy of Sciences.