A slimy robot developed by researchers from the Chinese University of Hong Kong could one day be injected into the body to recover accidentally swallowed objects.

Composed of a combination of borax, polyvinyl alcohol, which is a polymer, and neodymium magnet particles, the slime is controlled and manipulated via external magnets.

The researchers envision controlling the self-healing, shape-shifting slime using these external magnetics to guide the slime throughout the human body’s digestive tract to retrieve objects mistakenly swallowed. Capable of navigating narrow passages such as those encountered in the human digestive tract, the slime can reportedly encircle and grasp objects. 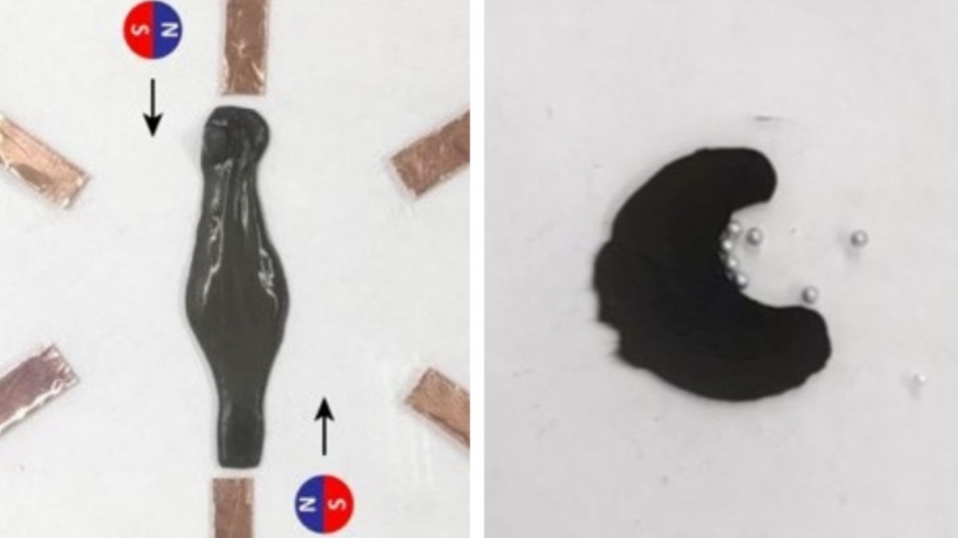 To accomplish this, researchers will explore methods for preventing the toxic neodymium particles featured in the slime from seeping into the body. For now, the magnetic particles are coated in silicon, but additional tests are needed to determine if the slime is safe to travel in the human body.

In the meantime, the researchers have demonstrated how the slime can be controlled via external magnets in the accompanying video, which appears courtesy of New Scientist.