Lighter-than-air drones: From blimps to balloons

The invention of lighter-than-air flight spans many centuries. The history of this type of aircraft is riddled with many firsts, such as the first manned flight — as well as the first flight disaster.

Today, unmanned flight takes many forms, but is most commonly a fixed-wing or rotary-wing aircraft, also known as aerodynes. However, there remains research and innovation into lighter-than-air unmanned aerial vehicles (LTA UAVs). Such vehicles have a major design feature: their innate aerostatic lift means that no energy is spent staying aloft. It provides incredible energy efficiency and is also effective for lifting payloads. Another plus is the low risk it poses to bystanders in the event of a crash.

Historically, the primary downsides of LTA UAVs continue to be an issue worth investigation; namely, the lack of maneuverability and also speed.

[Learn more about UAVs on GlobalSpec.com.]

LTA aircraft produce lift by containing within a pliable, lightweight envelope gas that has a lower density than the surrounding air. In the past, hydrogen, a flammable gas, was used. The infamous Hindenburg disaster was an unfortunate incident that made the dangers of using hydrogen gas in airships come to light. Now, helium and hot air are more common.

Figure 1. This diagram of a Zeppelin shows its internal structure. Source: I Korteenea/CC BY-SA 3.0

For example, in the 1970s the company ILC Dover performed military aerospace research and created the Apteron prototype. It was a 7 lb, inflatable-wing remote controlled drone, with a 5.1 ft wingspan and 0.5 hp motor. The concept was to create a portable platform that could perform reconnaissance or engage enemies at the front line. Although it was a flying success, the military never pursued the idea further.

However, interest has renewed as LTA UAVs can provide excellent range, energy efficiency and lift, for applications where those features dictate the tools required.

Since this is experimental type of aircraft, there have been some unusual prototypes in recent history.

An example of this is Festo AG’s Air Ray, as seen in the video above. With an inflatable body in the shape of a manta ray, the wings flap to create thrust. This company is known for producing fascinating drones, such as the AirPenguin and the AirJelly, based on penguins and jellyfish, respectively. Propulsion in these LTA drones is generated with a flapping motion of fuselage appendages. They are controlled by morphing the wing-component shape. Electro-active polymers, shape-memory wire, servos and pressurized gas can be used as mechanisms for morphing the structure in flight. 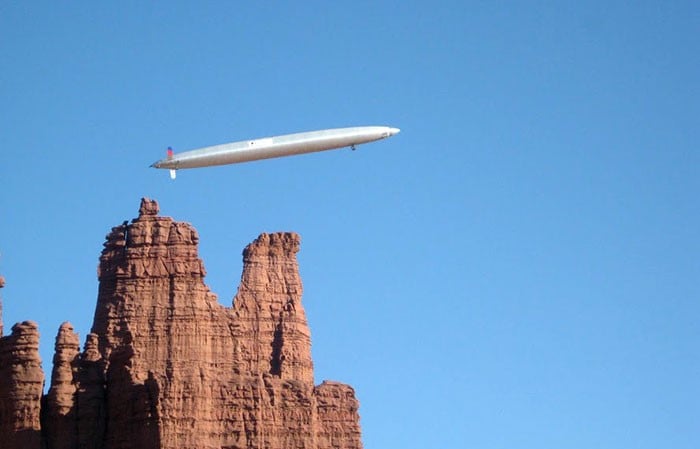 Figure 2. The Hyperblimp on a desert cruise. Source: HyperblimpA certain class of LTA UAVs create lift with a high length-to-diameter ratio gas envelope. UAVs of this design have low amounts of drag and have near-neutral buoyancy. They generate lift by pitching the nose upwards and slowly moving against the air, often with a propeller. These drones look like flying cigars and if they run out of power, they descend very slowly. A notable example is the Hyperblimp, yet another defunct LTA UAV. Advertising relatively low cost and smooth flight, this drone can be aptly used for aerial photography, surveying remote locations and even whale monitoring. Equipped with a variety of instruments, these drones can monitor forest fires with infrared sensors or find metals with magnetometers. Due to their near silent flight, wildlife will not be disturbed by their surveillance.

Not all LTA UAVs resemble airships. Instead, some are reviving the balloon, but augmenting it with control and thrust devices. Balloon drones are targeted at indoor use and marketed as highly safe for use around people.

The company Spacial developed a balloon drone called Halo. It is meant for advertising, filming and monitoring or measurement in indoor spaces, such as an arena during a sports event or on a sound stage. Lift comes from the helium in the envelope, while thrust comes from small covered propellers mounted on the sides or underside of the balloon. It is silent, energy efficient and poses very low risk to pedestrians in the event of a crash — unlike a quadcopter. 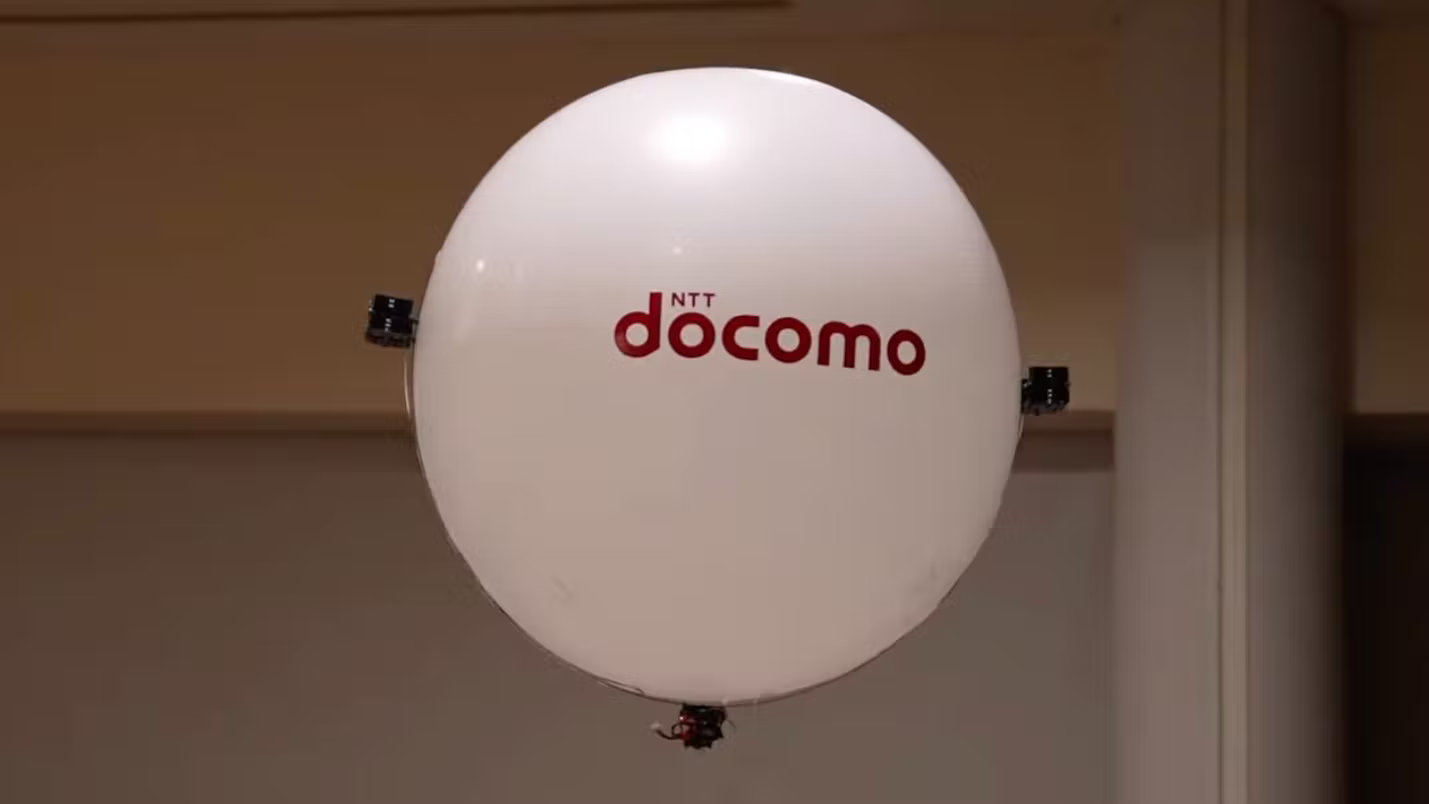 Figure 4. Mothership Aeronautics' solar-powered LTA drone. Source: Mothership AeronauticsAlso worth mentioning is the company Mothership Aeronautics. Their LTA UAVs resemble traditional semi-rigid airships, and propulsion comes from two large propellers or ducted fans mounted to a keel underneath the craft. Most notably, these LTA UAVs come with an Infinity Cruise feature. With a combination of lithium-ion batteries and solar panels, the power generation is expected to be greater than the power consumption of the drone in flight. Mothership Aeronautics prototyped the Scout, a drone with a high length to diameter ratio. This 6.5 m drone capitalized on the flat surface area offered by an airship design and is powered by 400 W solar panels with 127 solar cells.

Many LTA UAVs focus on the potential advertising and spectacle of the vehicle. After all, people often fawn over the Goodyear blimp. However, there are many practical uses as well.

Any drone application that prioritizes low-noise, energy efficiency, high range, high portability or increased payloads can benefit from an LTA UAV. This makes them ideal for monitoring responses to events, wildfires and natural disasters. Various instruments can be hung underneath an LTA UAV, so it can measure heat signatures, gas emissions, radioactivity or weather. In addition to serving as a platform for various types of cameras, LTA UAVs could also track wildlife or be used in search and rescue.

Finally, there is also a chance that NASA uses them to explore other worlds. Right now, the organization has funded research into an LTA flying wing, which could be used to explore Venus rather effectively.

Though maneuverability and overall airspeed remains an issue with many LTA drones, technological developments are mitigating this downside. LTA drones are often cheaper than their fixed-wing counterparts while still offering long flight times and higher payloads, unlike multi-rotor drones. Although relatively few LTA UAVs have been successfully commercialized when compared to rotary-wing and fixed-wing types, more applications for LTA UAVs will become a reality as drones become even more popular and useful.

By posting a comment you confirm that you have read and accept our Posting Rules and Terms of Use.
Advertisement
RELATED ARTICLES
A flapping-wing drone inspired by birds
Aerodynamics of multirotor drones
Drone inspection for oil and gas
Video: What Happens When a Drone Collides with an Airplane?
Drone technology detects and maps lost ordnance
Advertisement