A flapping-wing drone inspired by birds

Mother nature's preferred flight mechanism is flapping wings, which has proved difficult to replicate by human engineers. Birds use flapping wings to traverse the skies and every part of their body is adapted to hover and cruise efficiently. Likewise, insects use their wings to take off, navigate, hover and land.

Though the market is dominated by fixed wing and multirotor drones, there is still a place for bio-inspired flapping-wing drones. It is not a new concept, but flapping-wing drones may become a more viable option as they offer features their traditional counterparts cannot. Bird-like robots and drones are also referred to as ornithopters, and their design encapsulates existing characteristics of propeller and fixed-wing drones. 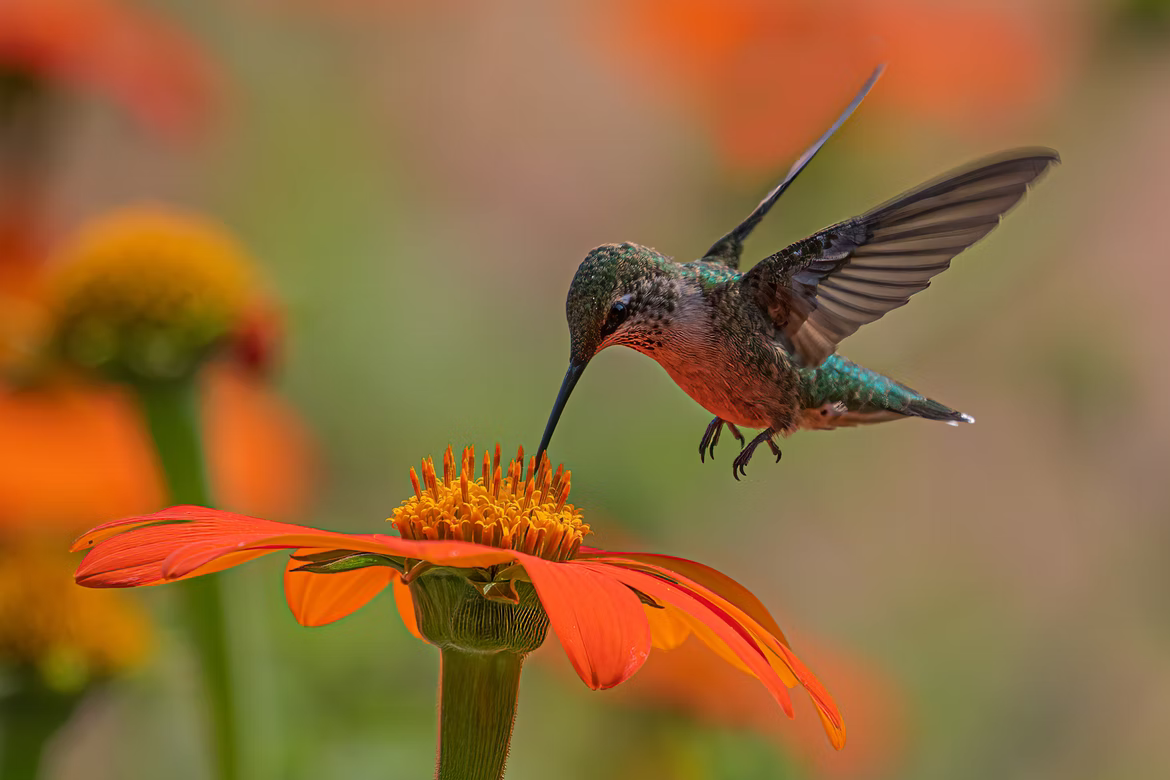 Figure 1. A hummingbird hovers near a flower.

One of the first known ornithopter designs was made from wood, dating back to around 400 BC by Archytas. His design has actually launched from a steam engine, but featured flapping wings that permitted the "flying pigeon to travel several hundred meters." 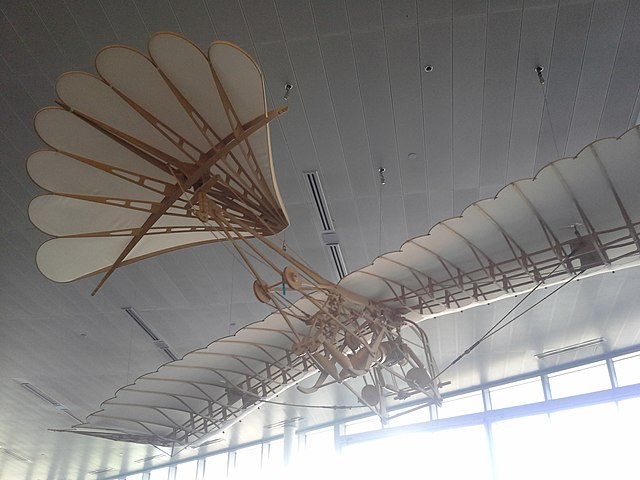 In the Renaissance age, Leonardo da Vinci produced over 200 drawings based on his theories of flight. He was fascinated by birds, especially by the ability of birds to fly. Though his sketches of flying machines were never realized and he did not fly in his lifetime, da Vinci’s designs were notable because they differed from earlier designs. His ornithopter had flapping wings powered by human-powered foot pedals. Although several of da Vinci's aircraft designs have proven feasible, this is not one of them.

The compound movements of animal wings present many modelling difficulties, but the key to efficient flapping-wing drones lies in the study of natural flight. Animal wing movements include rotation and translation with several degrees of freedom, as well as deformation.

While traditional aircraft rely on an engine for thrust and wings for lift, a bird’s wings do both and generate a combination of lift and thrust to fly. Lift is the force that causes an object to stay in the air. Thrust is the force that propels the object forward. During flight, birds will often combine flapping with gliding to reduce energy consumption and take advantage of air currents. 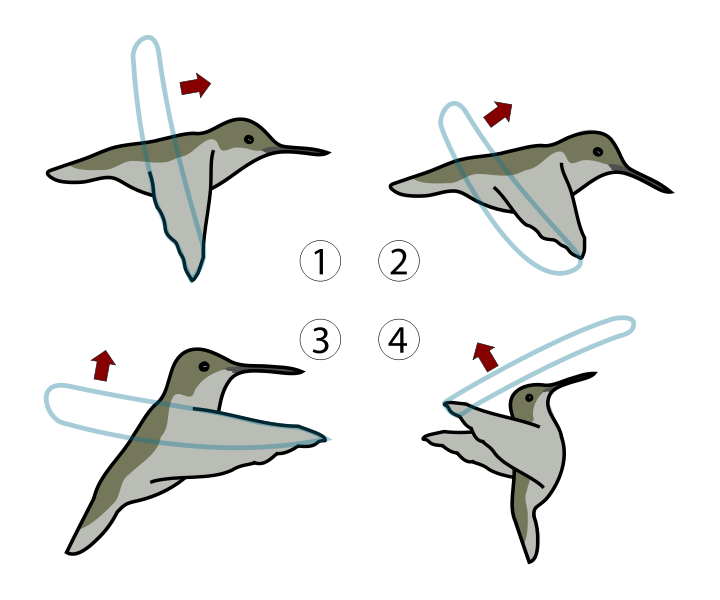 Figure 3. Figure 3. Hummingbird flight diagram, where the blue path is the wing movement, and the red arrows represent the direction of flight. Source: Karta24/CC BY-SA 3.0

In contrast, insect’s wings are not curved and are often flat and thin. They generate life and thrust by twisting their wings from the base and rapidly beating them up and down.

Studying the kinematics of bird wings and making models that accurately represent the patterns of behavior is no easy feat. Some researchers opt to simplify animal flight by only studying the flapping and rolling motions of wings.

While multirotor drones can hover like a bird, they use more energy during forward flight. This leads to short flight times. Fixed-wing drones offer longer flight times but cannot hover. When compared to fixed-wing drones, a bird’s flapping wings offer an advantage in maneuverability and efficiency.

Bio-inspired drones are designed for vertical take-off and landing. However, comprehensive aerodynamic theory for flapping wings is complex due to unsteady separating flows and their non-linear nature. Due to increased complexity, flapping-wing unmanned aerial vehicles (UAVs) present a unique design challenge. 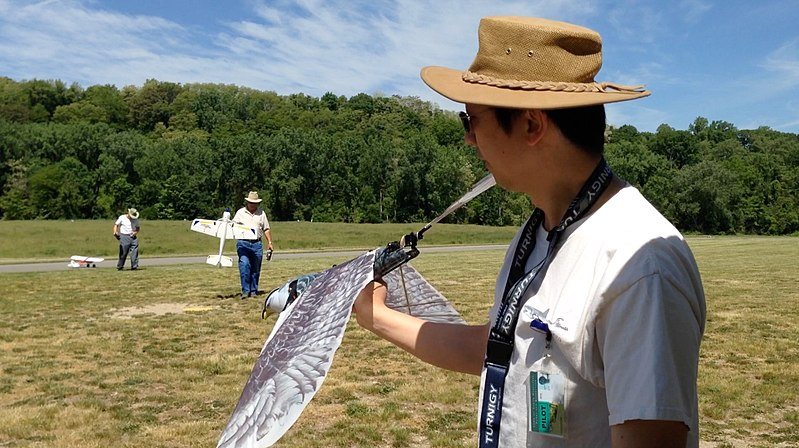 Researchers believe that flapping-wing drones will be able to fly around a city and perform tasks such as aerial photography, traffic monitoring and information gathering. Flapping-wing drones are also aptly used for surveillance as they imitate birds and insects, which from a distance will be inconspicuous. They are capable of six-degree-of-freedom flight. Both manufacturers and researchers are optimistic about flapping-wing drones because they believe bio-inspired designs can be more efficient, leading to increased range and longer flight times than rotor or fixed wing types.

Adrian Thomas, a zoologist, and Alex Caccia founded Animal Dynamics Ltd. to develop a mechanical dragonfly that can be used for aerial photography and mapping. It is predicted to outperform quadcopters and received funding from the U.K. Defense Science and Technology Laboratory and the U.S. Air Force. This type of insect-like drone may even transcend purely mechanical components and move past motors and gears to imitate flight muscles more closely.

Other companies like SRI International are developing elastomeric flight muscles that are polymer-based for use in MAVs. The rubbery polymers can fully contract and expand when charged with electricity, much like biological muscle tissue. This compound can help flapping-wing drones mimic the dexterity and mobility of animal wings.

Companies such as Aerium Analytics aim to provide bird-like drones that can manage bird populations. The flapping-wing drone resembles and imitates birds of prey and with consistent flight in the designated area, prompting bird populations to relocate. This is a non-lethal way to reduce nuisance bird populations.

However, human engineers can continue to look for inspiration from birds and insects and adapt to more practical applications and technologies to get the best of both worlds.

Re: A flapping-wing drone inspired by birds
#1

A video would be very useful.

Re: A flapping-wing drone inspired by birds
#2
In reply to #1
kkn

Re: A flapping-wing drone inspired by birds
#3
In reply to #2
PAPADOC

That's pretty neat. I wonder why the research has stalled? Maybe all the prototypes got shot out of the sky by hunters.