Researchers from Imperial College London have developed a malleable robotic arm that can be guided by augmented reality (AR) smart goggles to position itself according to specific tasks.

The bendable robotic arm, which can twist and turn itself into various shapes — thanks to slippery layers of Mylar sheets that slide and lock into place — was further enhanced with the addition of mixed reality smart goggles that guide the wearer to reconfigure the arm. 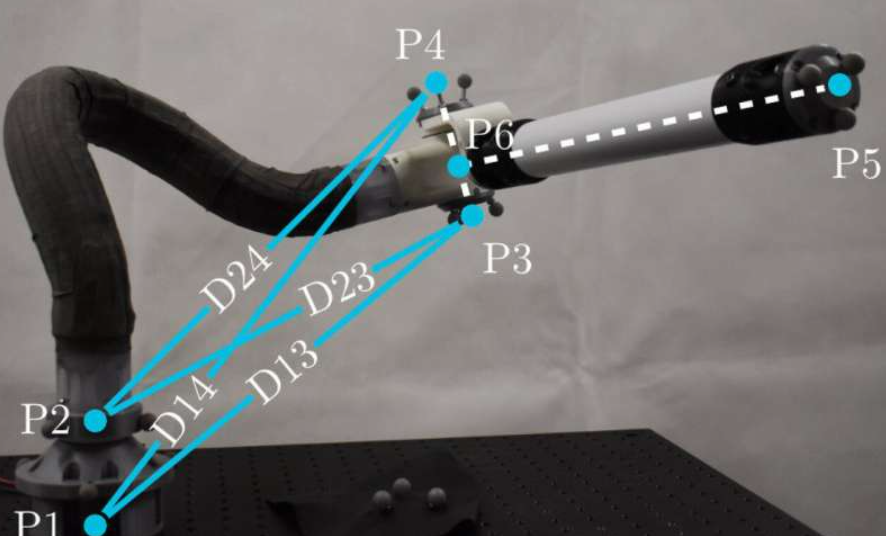 According to the researchers, the AR smart goggles enable users to visualize how the robotic arm can best be configured for accomplishing specific tasks. This is done via motion tracking cameras that enable the user to see templates and designs superimposed over real-world environments. When the user moves the robotic arm to match the superimposed templates, the robot reportedly achieves the most successful configurations according to what the robotic arm is tasked with carrying out.

The system, according to researchers, is appropriate for manufacturing, building and vehicle maintenance, and injury rehabilitation applications.

For more information about the robotic arm system, watch the accompanying video that appears courtesy of Imperial College London.

By posting a comment you confirm that you have read and accept our Posting Rules and Terms of Use.
Re: Video: Robotic arm bends with help from AR smart goggles
#1

I have a friend who has augmented reality glasses to operate his augmented arms. A bad accident as a youngster so a certain university agreed to help him with state of the art robotics limbs, which he controlled via a super cool pair of augmented glasses. So advanced they were, that they were used on the Apache attack helicopters for missile aiming and gun aiming. Where ever he looked, his arms went there. A blink of an eye and the hand would grasp, a flick of his eyebrows and his hand released. A glance to the left or right or up or down, and the arms followed.

Wearing these glasses was amazing and what he could do, Wawo! And oddly, he was a motor mechanic for a high end car manufacturer. His nickname was Bendy Toy.

What he could do with these ceramic coated titanium arms and cool augmented glasses was mind blowing when it came to servicing expensive cars.

One never went back again. Something to do with dirty lenses.