A bug-like robot that can squeeze through just about anything

Researchers from the University of Pittsburgh have developed tiny bug-inspired robots for accessing hard-to-reach spaces.

To mimic the movements of trap jaw ants, mantis shrimp and fleas that are capable of jumping across surfaces, the researchers built the insect-like robots using polymeric artificial muscle. 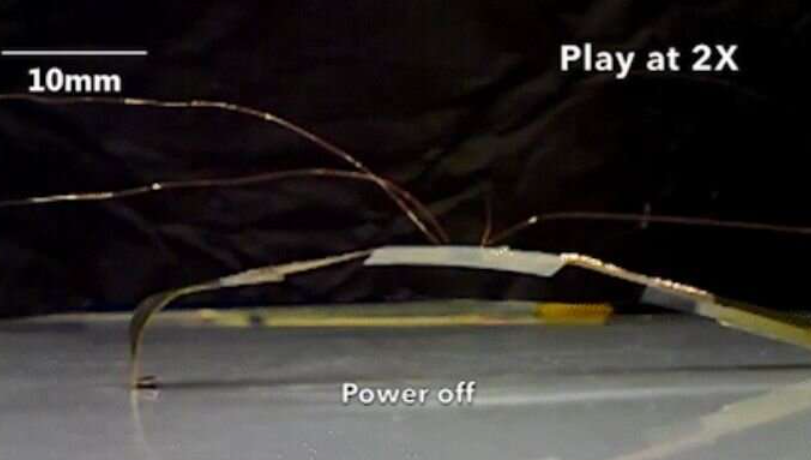 Although actuation in artificial muscles tends to be slow, the researches achieved jumping actuation with the curved composite design of the polymer muscle, which enables the muscle to produce energy when powered.

According to the researchers the molecular alignment of the artificial muscle mimics insects in that their combined actuation builds energy into the structure, using only a few volts of electricity.

As such, the tiny robots are capable of hopping across water or traversing sand as easily as they would hard surfaces.